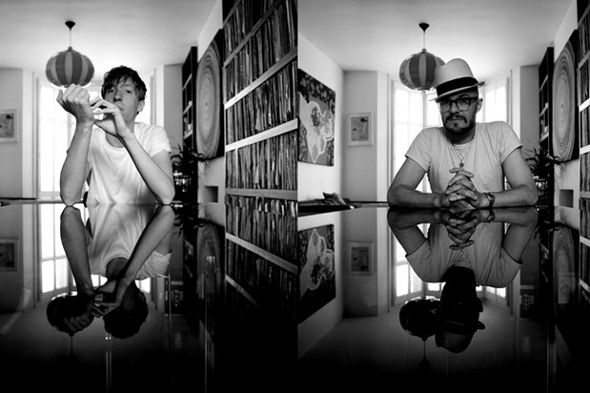 Avery seems to be striving to become the physical embodiment of ubiquity in 2012, an appearance on last night’s Boiler Room and recent induction into the FabricLive series complementing several well received releases on Throne Of Blood, Relish and Phantasy Sound. His studio partnership with The Deadstock 33’s, the self styled “rural backwater psychedelia” alias of dapper acid house veteran Justin Robertson has been finessing over time, with releases together on Tigersushi, Gomma and How The Other Half Live dating back to Avery’s previous life under the Stopmakingme moniker.

“Magnetic” is a surprise outing on Optimo Music, a label known for mostly releasing music from the Glasgow locality, and is perhaps their most high profile joint jaunt to date. It’s also their most accomplished sounding production together thus far, and you could easily picture JD Twitch easing in the glacial post-punk blessed opening moments at the height of his sets. No word on a release date yet but it will come backed with a remix from Cómeme artist Barnt.