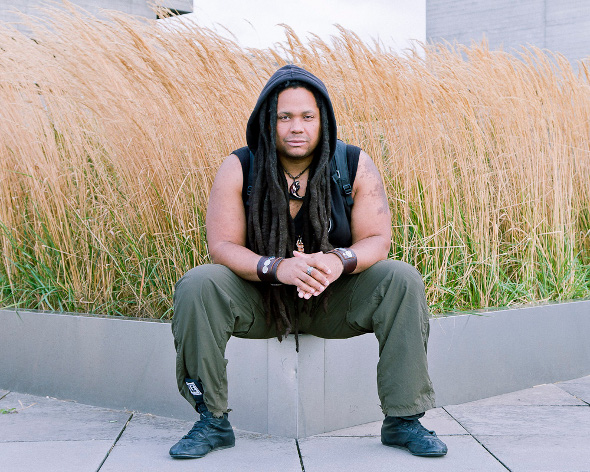 By our reckoning Imaginary Concepts will be Moss’s 24th album, although the majority of those have been limited CDr affairs released through his own Mathematics imprint. The new LP will contain the 10 “Imaginary Landscapes” Moss uploaded to his Soundcloud account a couple of months back, with the Chicago-based producer today unveiling a four minute video clip of “Imaginary Landscape 2” accompanied by visuals from Chanel Von Habsburg Lothringen (see below). The same visuals featured prominently in the producer’s recent live performance at London’s Royal Albert Hall alongside Bass Clef’s modular synth project Some Truths and TVO’s Ruaridh Law.

Imaginary Concepts looks set to further explore the experimental territory Moss has frequently dabbled in throughout his career, perhaps most notably on the two majestic 18 minute pieces that appeared on 2011’s Le Jardin Des Chemins Bifurquants for Belgian imprint audioMER. Moss’s oeuvre is as varied, diverse and challenging as anyone operating in electronic music now, and in 2012 he’s seen his stock rise considerably with audiences and critics responding positively to his singular approach to performance and production.

Mathematics Records will release Imaginary Concepts on 2×12″ and CD formats on February 5, 2013. For those of you who missed it first time round, we recently published an in-depth interview with Moss – check it out here.