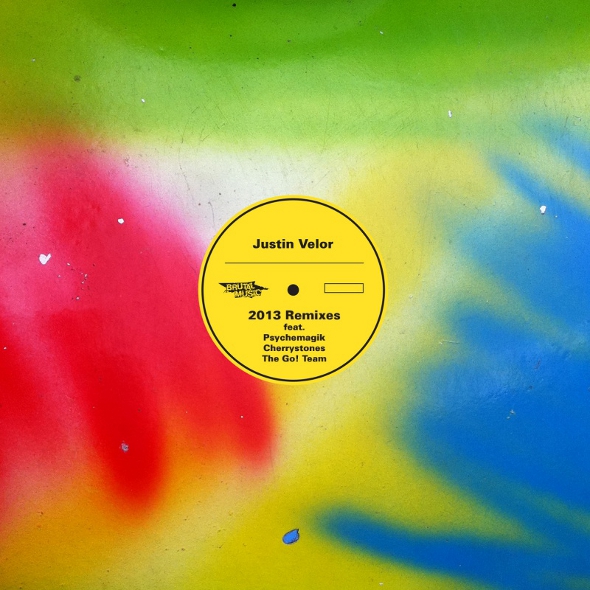 Manchester label Brutal Music will release 2013, the debut album from Justin Velor in February next year, preceded by a remix 12″ featuring Cherrystones and Psychemagik.

The name Justin Velor first thrust itself on our collective radar with the stunning Super Disco Drums, a super limited 12″ on the Brutal Music label lead by the smudged-out 13 minute title track produced in cahoots with The Trilogy Tapes affiliate Black Lodge, which cut right through the sea of substandard disco edit detritus that was all too prevalent last summer. It transpired that Velor was the alter ego of Brutal Music boss Dom Thomas, founding director of Finders keepers and celebrated B Side crusader. Now, after releasing countless mix CDs and compilations of “bongo rock, Balearic beat, acid disco, Mediterranean psych and far flunk folk”, it seems Thomas is focusing on original material under the Justin Velor moniker.

Ahead of the album, Brutal Music will release a 12″ next week that sees tracks from 2013 get remixed by Cherrystones, Psychemagik and the seemingly no longer missing in action Go! Team and you can stream Psychemagik’s “chugged out journey” of “Flameout” below.

Brutal Music will release 2013 by Justin Velor in February 2013.