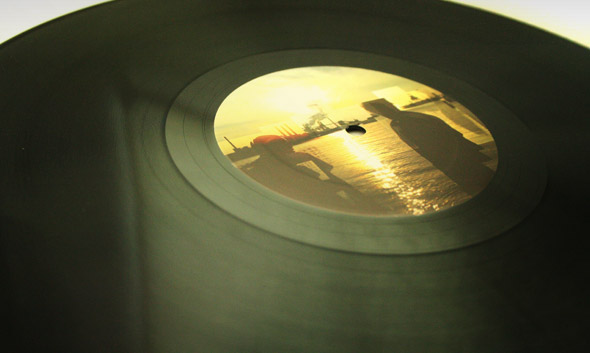 Let’s go out on a limb and say that Japan and Detroit are siblings. Both have suffered in unique but parallel ways.Detroit’s gutted automotive infrastructure has become an integral part of the city’s identity, but Japan’s slow and consistent downward economic spiral is beginning to similarly define it as a nation. Jobs are scattering to Korea, China, India, rent is so high that unemployed youth resort to living in internet cafes and high school students are greying and having breakdowns because of high pressure exams.

Architecturally, Japan and Detroit are worlds apart in most respects- anyone who’s walked through downtown Detroit after midnight might get the foreboding feeling of inhabiting an abandoned city, while the winding, neon-lit alleyways of Osaka provide a suffocating claustrophobia heightened by accidentally bumping up against damp strangers during the especially humid months.

“What does this have to do with Kyle Hall” you are asking yourself at this point. We’re getting there. I was living in Japan during the March 11 tsunamis and subsequent nuclear meltdown of the Fukushima Daiichi power plant, and the uncertainty and fear of residents during that time was palpable. No one knew how fast or far radiation was spreading, details on what the government was doing were elusive, rolling blackouts were sweeping Tokyo. Considering that half of Japan’s is powered by nuclear energy, shutting down nuclear power plants across the country was out of the question, and the worst nuclear crisis since Chernobyl became this gigantic, looming, unanswerable question staring the nation in the face, personified by the hulking structure of Fukushima itself, dark smoke emanating from places it shouldn’t.

Zug Island is Detroit’s Fukushima, the elephant in the room, a toxic steel factory shared between Detroit and Windsor so polluted that the surrounding area contains a disproportionately high percentage of lung cancer and asthma cases, as well as wafting odours coming across the river strong enough to induce dry heaving. So when Kyle Hall and cross-the-bridge Canadian collaborator Kero (Sohail Azad) set out to create an EP that serves as a sonic personification of this territory, it’s not surprising that the end result is heavy – a dissection of the sludgy, unknowable centre of industry in audio form. It’s also maybe the most superb, essential piece of work that Hall has created yet, thoroughly movement-inducing, an assembly line gaining consciousness, a bucket of dark purple water pulled from Detroit’s Rouge River.

In dance music, the idea of ‘industrial vibrations’ usually conjures up images of concrete warehouse floors congealing with spilt drinks and condensed sweat, but title track “Zug Island” delves right into something darker – the warehouse before it becomes abandoned and turned into a rave space. Much like Hall’s recent FunkinEven collaborative affair, the title track seems to have originated from an improvisational framework, though the end result is something shockingly cohesive. Bubbling and pulsating acidic synths start strong and keep getting stronger, while clacking tribal percussion swells underneath. There are trace elements of Autechre and Carl Craig darting in along the edges, but the bubbling acid house that Hall has dabbled in before takes prominence here, sounding undeniably unique. Aerial shots of Zug Island show near-fluorescent, billowing oil pollution leaking out into the water in eerie tie-dye patterns, and likewise, “Zug Island” spreads slowly and uncontainably throughout its seven minute length, methodically escalating the tension until suddenly cutting out, leaving the barely audible sound of a heartbeat to resonate for the remaining minute. Any traces of winking lightheartedness like the lush voicemail message at the end of Hall’s “I <3 Dr. Girlfriend” are absent. One gets the feeling this material is too close to home, metaphorically and literally, to be taken lightly.

Japan and Detroit are both at a precipice, their dual futures remaining an uncertain ellipsis, an unfinished sentence. Industry has failed them both, but leaves an undeniable mark on the consciousness of the people, the formation of the physical and musical landscape. Kyle Hall and Kero are engaged in a critique of the pollution and devastation around them, while simultaneously acknowledging that they’re making music about the landscape that moulded them, rejecting their reality but resigned to it all the same. Perhaps that’s why the promotional text released with this record serves as a sinister premonition of the future – “no games…just hazardous material”.