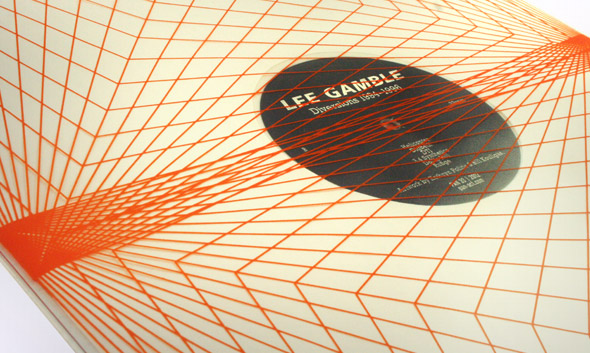 Among the frankly intimidating number of releases Bill Kouligas’ PAN imprint have put out this year is a strand of material that seems to recompose familiar dance music forms in unusual ways; Heatsick’s lo-fi demo-track house music made on a basic Casio keyboard, NHK’Koyxen’s incandescent, hyper-processed take on breakbeat and techno, and NHK’s split release with SND that further decimated standardised house music tropes into a shattered prism. UK artist Lee Gamble is another name to add to that list, with Diversions 1994-1996, an album composed entirely from samples taken from old jungle mixtapes. However, unlike the aforementioned artists on PAN, who are imitating and reconstructing established forms with their own set of tools, Gamble uses Diversions as an opportunity to examine the genre itself at a microscopic level; just as everyday objects become alien bodies when examined at the cellular level, so Gamble hones in on jungle by sinking the listener so deep into it that he obscures almost all of its recognisable signifiers.

In his younger days Gamble himself was a jungle DJ, and it’s hard not to see Diversions as an example of what the record’s press release describes as an example of “cued recall”, aiming to trigger latent memories in those familiar with the source material. But for those unfamiliar with the genre or the mid-90s culture surrounding it, it’s the palpable sense of immersion that makes Diversions so engaging. Gamble’s extensive experience in software-based composition for Entr’acte is used to draw every nuance out of the physical source material; the ecstatic stillness and oddly pitched drones of “M25 Echo” for instance recall Oneohtrix Point Never’s sense of the otherworldly, but soaked in tape crackle that places you right between the spools. In “Emu” abstract rave horns blast through a thick fog, the hi-hats of “Helicopter” shimmer like minerals glinting from a shattered rock, and in “Digbeth” time is slowed down and amplified to such a point that what could be high-impact chords become monolithic cliff-faces. In a sense, Diversions feels like an album about a lost and oft-mythologised element of British culture; as Ghost Box’s releases tend to present a Wicker Man-inspired take on English village life, Diversions is an album that takes mid-90s dance music nostalgia and places it the context of a damp, foggy corner of the English countryside, providing an elegy not just for jungle, but for an era of dance music largely ended by the Criminal Justice Act of 1994.

As the album reaches its close, Gamble offers a more familiar perspective; zooming out of the action on penultimate track “Dollis Hill” where a suspended diva vocal and recognisable breakbeat becomes audible. For an album that builds itself on constructing something unfamiliar out of the familiar, offering such an explicit audio cue could prove to be a misstep. But it gives just enough context to give Diversions the emotional punch it needs; as underlying chords waver in pitch, and the tape audibly seems to give out its last breath – the decaying rave blasts of “Rufige” – it’s hard not to feel a sense of loss.