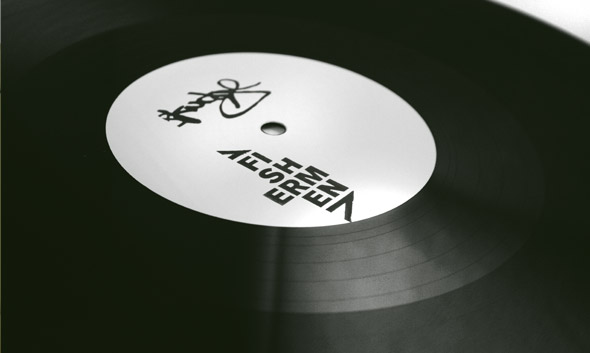 There’s no doubt that there’s been an excellent resurgence in quality techno lately, with past masters embracing new directions as much as the fresh talent coming through. From the broken magnificence of Perc or the Stroboscopic Artefacts roster to the ever-captivating energy of Robert Hood, via acts such as James Ruskin and Ben Sims updating their approaches while maintaining their principles, it’s a good time for tougher music in the 130 bpm region.

Skudge have done much to fly that flag since they first appeared, originally with their own output and now through their curatorial work on Skudge Presents. Here, they inaugurate a new Skudge White label with a brand new act going under the name Fishermen. While they have been operating in various guises for many years (Thomas formerly appearing in Donk Boys and Martin as MRSK), this specific project sees the fresh pairing hit a creative stream that, across five fully realised tracks, presents a new stance that begs for others to follow suit. The theme is instantly detectable as “Anchor Bouy” kicks into gear, as a booming kick thuds away malevolently at around 110 bpm, before a mammoth synth hook comes striding into earshot. Once the metallic textures and rasping claps take hold, it all starts to make a twisted kind of sense. It’s like tough, unrelenting techno played very slowly, to allow the nuances of sound design shine without getting lost in the blur of speed.

The intensity is further bolstered by follow-up track “Blood Knot”; keeping that wonderfully sluggish tempo, the groove comes on slightly more swung, but really it’s the atonal synth noises that create the nastiness on this track, fraying the nerves and inspiring jumpy glances over the shoulder. “Dhow” has a similar tendency for paranoid atmosphere, although with a marginally quicker beat bordering on but perhaps not reaching 120, and employing a more heads-down tone in the edgy bleeps and subtly broken beat. Obviously feeling too tense after such a ramp up in speed, “Isopod” cools things off with an ambient track that seems like a younger cousin of Aphex’s “Analogue Bubblebath”-era tracks, full of grainy drums and beautiful pads, that kicks just as much as it soothes. An ominous acid line runs through the track while the kick sounds more like a musical note, so exaggerated a tail it has on it.

Clearly not content with four stunning tunes, the plucky seafarers save the best for last and drop an absolute monster on “Ribbonfish”. The meat of the track is the synth, which stamps out a one-note sermon on industrial menace while haunting textures that sound like air raid sirens wail in the background. It’s a decisive end to an EP stark in its originality. While the slower tempo may greatly help that unique quality, the creative approach to composition and sound design are of equal importance and the Fishermen have nailed it so succinctly that even after five tracks, we’re left gagging for more.