New In Aeternam Vale 12″ set for release on Minimal Wave 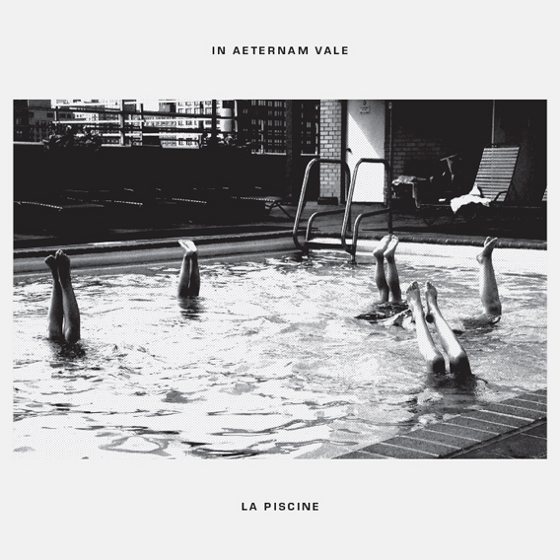 Next month Minimal Wave will release La Piscine, a 12″ of unreleased material from the Lyon based In Aeternam Vale.

Clearly an act close to the heart of Minimal Wave, the forthcoming 12″ marks the third In Aeternam Vale record the label has issued this year following the release of the compilation Dust Under Brightness and accompanying 12″ of the same name back in May. Juan “Silent Servant” Mendez and Ron J Morelli number among the more high profile fans of the latter 12″, and those who enjoyed its full 12 minute unedited version of “Dust Under Brightness” along with the stunningly ahead of it’s time proto techno monster “Highway Dark Veins” will delight in the two track La Piscine which stylistically mirrors it.

The 14 minute title track is described as an “epic, pioneering, late 80s underwater techno masterpiece” and is accompanied by “Calling Somewhere” a slower, “drugged out 15 minute number” which Minimal Wave justifiably claim sounds as relevant today some 22 years after In Aeternam Vale main man Laurent Prot made it – you can stream a nine minute version of “La Piscine” below for an idea of what to expect. Both tracks have never been released before and come on a limited vinyl pressing, with the first 500 records pressed on luridly brilliant 160 gram clear highlighter yellow vinyl – as modelled below – accompanied by a hand-numbered matte printed sleeve with some great artwork.

Minimal Wave will release La Piscine by In Aeternam Vale on December 12. 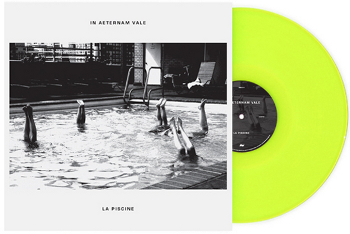 A1. La Piscine
B1. Calling Somewhere