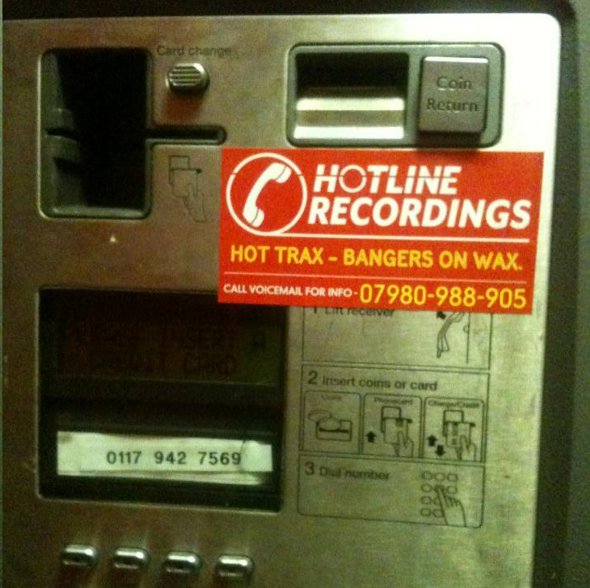 New label Hotline Recordings will launch with an an incendiary take on grime and dancehall from Bristol duo Kahn and Neek.

As revealed by Tape Echo, Hotline Recordings is a new imprint clearly in thrall to the days of party ephemera, when the way you found about a decent party was by calling a voicemail number printed on a flyer. Until recently the only information about Hotline was on their website, which contains a phone number (07980-988-905) you can call to listen to clips of the material set to appear on their first 12-inch. But on Sunday the label uploaded soundclips of “Backchat” and “Dubchat” onto YouTube, accompanied by some excellent 80s party footage – check it out below.

It’ll be Kahn and Neek’s third joint release, following the Flow Dan sampling beast “Percy”, released on Bandulu Records earlier this year, and dub reggae cut “Find Jah Way”, produced under their Gorgon Sound moniker for Peng Sound. Unsurprisingly, an exact release date hasn’t been revealed, but the friendly voicemail recording told us that Backchat/Dubchat will be “out soon” on 12 inch vinyl.