Born in Hong Kong but raised and still based in Toronto, Basic Soul Unit is the main alias of Stuart Li, producer and DJ who’s been honing his own brand of melodic techno since first surfacing on Canadian imprints Do Right! and Iwanai Music back in 2003. As Basic Soul Unit, Li has released numerous EPs for the likes of Mathematics, Crème Organisation, Dolly, Mule and most recently Non Plus, while also using the Herman moniker as an outlet for less 4/4 orientated material. With such a strong back catalogue of 12″s, the time is ripe for a fuller representation of the Basic Soul Unit sound and the forthcoming  Motional Response marks Li’s debut turn on Still Music, the Chicago-based label run by Jerome Derradji.

It’s also a project that’s seemingly been in the works for some time, with Li mentioning the matter in an interview with this site some two years ago. The album features 10 new Basic Soul Unit productions “where elaborate techno rhythms battle with intricate synth harmonies”,with “Breathe” marking the first time Basic Soul Unit has worked with a vocalist – though the label do not disclose who the singer in question is – while a remix from Still Music boss Deradji featuring Underground Resistance’s Gerald Mitchell on string duties is also included as a bonus track. “Breathe” and the aforementioned remix will also feature on an accompanying 12″ release that comes backed with an extended take on album track “Clouds”. 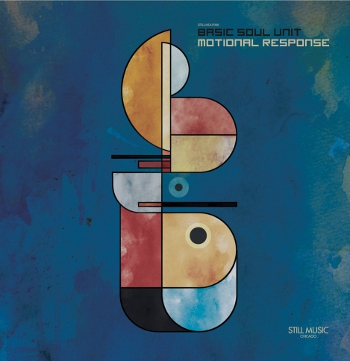