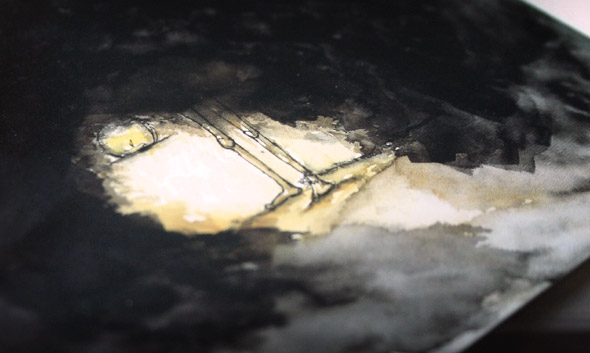 Viewed from a superficial perspective it would appear difficult to understand why Keep On is available on FXHE. After all, the logic runs, Omar S isn’t exactly the biggest fan of dub techno. However, as Hess’ second album so articulately demonstrates, he has been somewhat unfairly lumped in with that often-maligned sound. Keep On has no shortage of powerful basslines and foreboding chord sequences or indeed the sense of space and spaciousness that dub techno is endowed with.

Yet for every dubby sweep or layer of delay, there is enough individuality here to ensure Hess isn’t viewed as just another music producer with a good Basic Channel collection. Indeed in most instances, the spectre of US dance music looms over this work. It’s audible on the eerie Detroit synths of “Awareness – Reflections Revisited”, the repetitive, evocative musicality that ironically formed the origins of the trance approach – trance with a small ‘t’, natch –  that European producers like Maurizio developed.

Hess also lays claim to US deep house with the muddy bass and deft claps of “Incorruptible”, which also contains a textured chord sequence littered with druggy vocal snatches. Closer to home, Hess also makes reference to the FXHE owner’s take on US house and techno, with both “Deep To Deep” and “Direction” boasting the kind of stomping beats, crisp snares and grimy acid lines as Omar S’ lo-fi releases. That Hess chooses to add an extra layer of woozy atmospherics to these arrangements and throughout Keep On proves that like Omar S, he has departed the main road, jettisoned the co-ordinates and is following his own route.