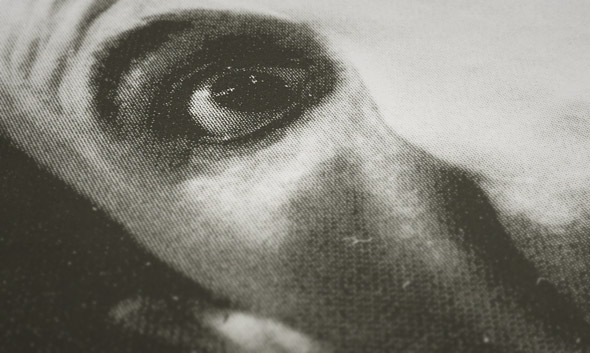 Lots of heavy hitting vinyl for your domepiece this week, especially in the techno category.

Those British Murder Boys Regis and Surgeon returned as BMB, clearly their attempt to make fun of contemporary times when every response or phrase seems to be condensed into some sort of abbreviation. This two track release for Mute offshoot Liberation Technologies is the Midlands techno doyens in their prime; bone crunching intensity? Check! Industrial strength broken beats? Check! Waves of dense, scratching noise? Check!

Still operating under a cloak of mystique, Shifted and his affiliates are perhaps succeeding the most to take the influence of Regis, Surgeon et al and mould it in their own distinct way. You could argue that for someone trying to remain anonymous, having your fingers in three releases this week goes against that particular grain, but there is no denying the quality of each. The Avian imprint Shifted runs with Ventress introduced another unknown quantity in Shadows for their sixth release, brandishing a rather grungey, unrelenting grip on the techno sound, while Avian’s newly minted Mira sub label launched with the gleefully experimental tones of Bleaching Agent. Shifted also dropped some music with the excellently titled Sickness By Means Of Clairvoyance a superb return to Sigha’s Our Circular Sound label.

Newly signed to Ostgut Ton’s booking agency, Answer Code Request only dropped two 12″s of 90’s influenced rough edged techno cuts on Mr Dettmann’s MDR imprint, with the combination of ambient Aphex style melody and minimal D&B rhythms that peppered the B Side on The Host just shading that 12″ over Main Mode in our affections. Brothers was a new label originating from somewhere in London that you might have read us discussing elsewhere on this site. Their central  concept riffs gently off the idea of anonymous techno, with the four production units invited to collaborate on the debut release pretty obvious for anyone with a firm grip of whose doing things right in UK techno now – do check “Multiple Visions” the B Side effort from AD and TD which can only be described as a post PCP binge studio session between Silent Servant and Ancient Methods.

Our favourite Eglozoid Funkineven unleashed the latest potent wares from his Apron studio bunker in the form of Cha/Dracula which arrived on blood red vinyl just in time/too late for your Halloween party needs depending on which weekend either side of the 31st you do your partying. Head for “Cha” for the mental techno crack unit of killer jacking drums and deviant bass splurges that are clearly aimed at testing the limits of a club system. On a similar operating on their own out there tip, The Trilogy Tapes primed a three track emission from Tuff Sherm, an alter ego of TTT regular Dro Carey that continued the stylistic lineage of previous contributions from Willie Burns and KM/MM – indeed lead track “Pharmacy” sounds like Mosse jamming with Drexciya. As per usual the cover art depicted up top was excellent.

The Rawax empire came through with a double pronged attack on the wallets of deep house connoiseurs this week, with Chiwax being graced by a debut appearance from Nite Vision aka Nigel Perseus Traxx Rogers and Craig Stainton, with the Carl Jung quote on the run out groove likely appeal to those high thinking fans of rough analogue house throwdowns. Meanwhile the House Wax operation also introduced a UK studio coupling in Red 7 aka Neville Watson and Mock & Toofer Nick Woolfson – check the final track for perhaps the perfect example of what you’d expect from the two together with a raft of analogue gear. JD Twitch returned to Let’s Get Lost in truly impressive fashion, dropping a 3am warehouse homage to an Arthur Russell classic and rewiring an Optimo Espacio favourite by Tuxedomoon as a Holden set closer, whilst Gerd and Gerry Read remixes of Georgey FitzG on Aus and Jack Dixon’s debut on Hotflush maintain the respective label’s fine years thus far.

Some big last quarter LPs dropped this week with Stott’s Luxury Problems, Order Of Noise by Vessel and Ital’s second LP of 2012 for Planet Mu all arriving and we were most surprised by the latter. Dream On truly differs from Hive Mind, trading a patient approach for a more urgent sound that evokes faded memories of a half-remembered night in a club, a sensation perhaps encapsulated best in the all too appropriately titled “What A Mess”; a cluttered mass of indistinct voices, textures and loose rhythms that somehow come together to make a fantastically listenable whole. The second installment of Old Apparatus’ trilogy of Sullen Tone releases from the collective’s individual members, yet another Sensate Focus 12″ and a really loud split release from HTRK and Tropic Of Cancer on Ghostly Intl meant there was plenty more goodness for those whose ears prefer esoteric sounds.

Over at Juno Download, Berlin-based operation Leisure System scored a big hit with their fourth release, premiering JETS, the partnership of Jimmy Edgar and Machinedrum, in a holy matrimony of refined modern electronics. Opening track “In Her City” had the sheen of Edgar all over it, but the ravey chops retained a Machinedrum cheek to them; the unshakable overall impression was the sound of two artists meeting perfectly in the middle without any battle of egos.

House music fans were very much catered for this week; Tensnake’s Mirau imprint snuck out an excellent compilation featuring tracks from Mano Le Tough, Erdbeerschnitzel and the label boss himself among others which was topped off by a mix from Tensnake lookalike (sort of) Gerd Janson. Speaking of Janson, the German’s ever excellent Running Back imprint returned with an EP of drum trax from Englishman Matthew Styles – Aji No Moto bristled with E’d-up Balearic synths, classic hip-house drums and dirty analogue acid seemingly tailored for dank, sweaty basements. Perhaps the chunkiest house release of all this week came from the mysterious Low Jack, who debuted on Get The Curse with heavy voodoo vibes. The thrillingly midtempo “Look At My Pyramid” was our pick of an impressive EP, sounding like a face-off between Maxmillion Dunbar and Disco Nihilist.

Meanwhile Amanda Brown’s Not Not Fun imprint had a prolific week even by its frankly crazy standards, with three releases from Golden Donna, Rites Wild and Brown’s own LA Vampires project in collaboration with Maria Minerva. Our pick of the three was Brown and Minerva’s hook-up: it was pleasing to hear Minerva’s processed vocals and lo-fi sonics applied to a steadier groove template, with all the necessary functionality of classic house music intact.  Last word this week goes to the digital release of the third instalment of Stroboscopic Artefacts’ excellent Stellate series. Xhin, Reformed Faction  and NSI all made noteworthy contributions, but but the serene mood on Stellate 3 was best summed up on Kangding Ray’s expansive ambient tracks, “Antar” and “Telur”.