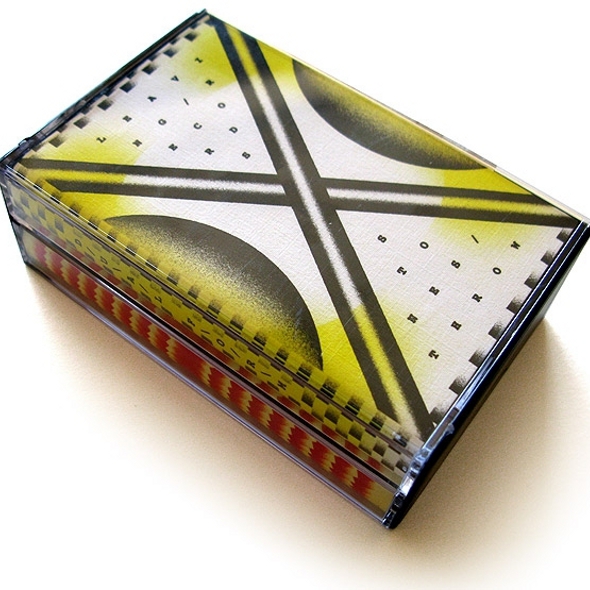 Overseen by the musician Matthewdavid and visual director Jesselisa Moretti, Leaving Records is a hand curated label that’s been active since late 2009 and released cassette tapes from an array of talent that includes Vlek Records artists Lapti and SSaliva, caps lock enthusiast Dem Hunger, Julia Holter and Brainfeeder regular Ras G. Such diversity qualifies Stones Throw’s description of Leaving Records as being “curated by gut, not by genre”.

The 18 track Dual Form compilation looks to celebrate the diversity and experimentation of Leaving Records with several of the aforementioned artists featured along with contributions from Sun Araw, Odd Nosdam, Philadelphia based producer Knx, LA Dilla-phile Dak and more. Slated to arrive early next year on vinyl and CD, Stones Throw have also paid homage to the genesis of Leaving Records with a limited and really rather pretty double cassette edition (as modelled above) that features additional tracks and is available from their website now.

In addition, Stones Throw have announced this is the first step of an ongoing partnership between the labels that will see them distributing select Leaving Records releases, which will commence with the debut album from UK artist The Cyclist, whose wonderful Dual Form contribution is streaming below.