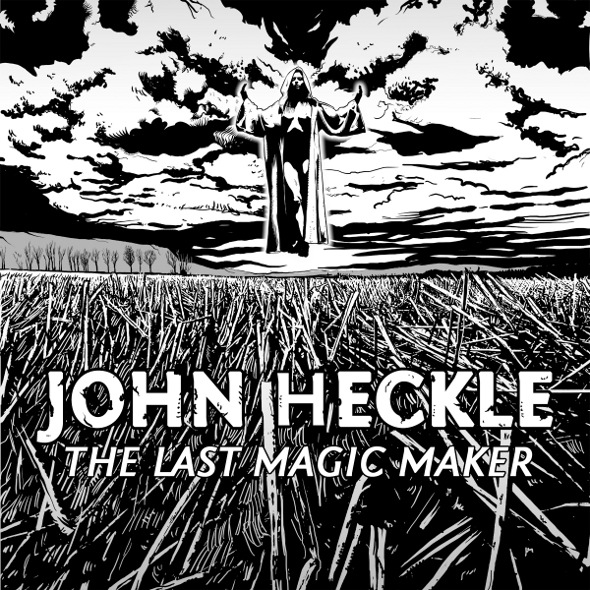 John Heckle will debut on Crème Organization next month with The Last Magic Maker.

The raw analogue throwdown style of the Liverpudlian producer is surely a dream match for the long running label overseen by DJ TLR who amusingly call Heckle “the undisputed king of DA REAL Scouse House”. The Last Magic Maker is set for release on 12″ and expanded digital format, with the latter seven track set essentially Heckle’s most comprehensive collection of material since The Second Son, his debut album that was released last year on Mathematics. Crème’s visual genius Godspill has excelled himself with the cover art – as you can see above.

Heckle has used this affiliation with Jamal Moss’s Mathematics – a label renowned for promoting young talent – as a springboard to wider acclaim, subsequently turning in original material and remixes for a wide array of underground labels such as Signals, Skylax, Appartment and Tabernacle. The latter label seems to be on the same wavelength as Heckle, not only granting him a platform for his own productions but also those of his fellow unsung Liverpudlian producers Mark Forshaw and Binny, who have released together as Phantom Planet Outlaws on Tabernacle this year.

Crème Organization will release The Last Magic Maker on 12″ and digital formats in late November and you can get a taste of what to expect from the below 24 minute chunk of a Soundcloud preview replete with that sultry Crème Organization preview voiceover.

1. The Last Magic Maker
2. A Chamber Always Hidden
3. Short Arms And Long Rockets
4. Tunguska
5. On The Fields
6. Room Voices (digital only)
7. The Body Politic (digital only)