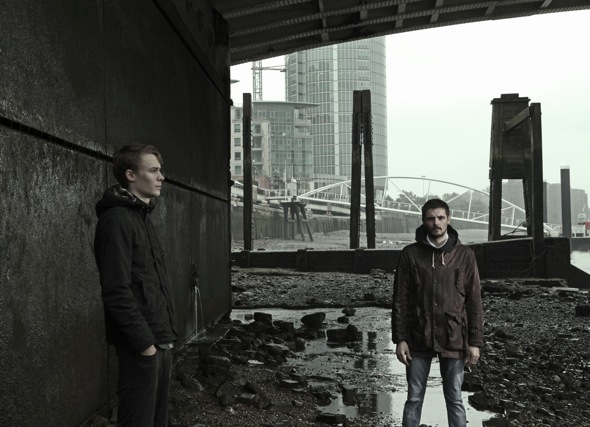 Online music store Bleep have announced a new label project bringing together the worlds of design and music, with Karenn and The Analogue Cops at the helm for the debut 12″.

Going by the name The Green Series, the project is a collaboration between Bleep, design agency GiveUpArt and respected photographer Shaun Bloodworth, with an initial focus on some of contemporary techno’s biggest names. The first release is given over to Karenn and The Analogue Cops; Karenn should need no introduction to Juno Plus readers by now, being the collaborative project of Blawan and Pariah, while the Berlin-based Analogue Cops are well known for their purist hardware-based approach and have also been known to collaborate with Blawan under the Parassela moniker.

The A-Side of the first release is Karenn’s “Studio 3”, an abrasive slice of UK techno which sits nicely alongside their forthcoming Works The Long Nights material. On the flip The Analogue Cops offer “OCPLX1″, a warm, chord driven production that should satisfy fans of their recent album as Third Side; both tracks can be previewed in the brief video below.

The limited edition 12” should be released this November.