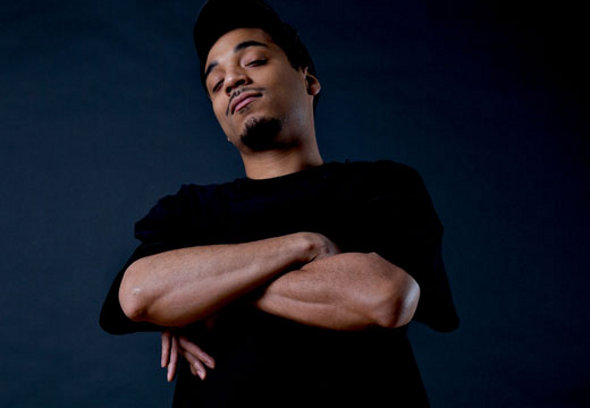 FXHE chief Omar S has revealed he has a new album in the works, tentatively slated for release in January 2013.

Little more information is available as yet, though it does make for a swift follow up to last year’s immense second album from Omar S, It Can Be Done But Only I Can Do It and the news arrives with FXHE currently enjoying arguably their most fruitful year to date. Having commenced 2012 with a killer run of 12″ releases that culminated in the S E X Remixes back in May, FXHE returned after a summer break with Keep On, the second album from Detroit artist Luke Hess, and the label are set to usher out an array of new and intriguing 12″ releases over the coming months.

First up is Enter The Fog, a two track collaboration between Kassem Mosse and Aaron Fit Siegel recorded at the FXHE studios in Detroit that comes with some requisite lo-fi artwork, and sees the Liepzig icon return to FXHE after his “578” track (as Gunnar Wendel) was re-recorded and reissued by Omar S for release in 2010. This will be followed in the next month by a 12″ release from Omar S himself, entitled Triangulum Australe (Say It in Space) with two tracks that are as diverse in sound as we’ve come to expect from the FXHE boss. You can of course expect more information on the as yet untitled album when it comes our way – in the meantime you can view the tracklisting for his forthcoming 12″ single below.

Side A. Triangulum Australe (Say It Space)
Side B. Mayall II