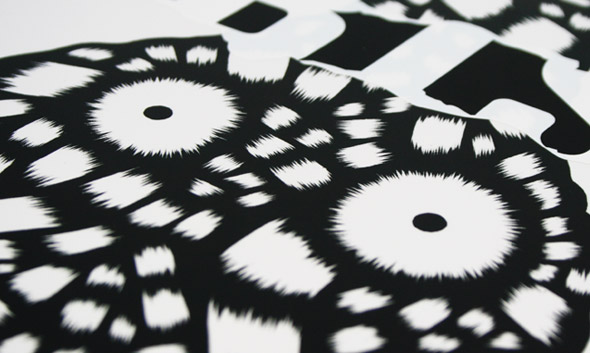 German producer Phillip Lauer seems to be getting better with age. Having sporadically impressed in previous years with his solo efforts – see the fluid, soft-focus deepness of 2011’s “H R Boss” on Live At Robert Johnson – the Arto Mwambe/Tuff City Kids member has seriously upped his game in 2012. There was the small matter of an impressive debut solo full length, Phillips, for Running Back; joining the dots between fluid, melody-driven deep house, shuffling synth-disco and wide-eyed neo-Balearica, it showed him as a producer on the rise.

“Mascat Ring Down” is easily one of Lauer’s strongest moments to date. With its clanking, cowbell-driven percussion, darting synths, chunky disco bass and constantly rising melodies, it sounds like one German’s application to join Hans-Peter Lindstrom, Magnus International and Daniel ‘Blackbelt’ Andersen as an honourary member of Oslo’s Scandolearic space disco set. Throughout, it seems to invite us to gaze skywards towards a blanket of glittering stars, while dancing in the sweaty basement of some crumbling New York apartment block.

If Lauer’s original is a perfect example of space disco bagginess, the same cannot be said for New York native Lee Douglas’s relentless remix. Through his work with Rong Music and DFA, Douglas has laid down plenty of loose or curiously off-beat tracks and remixes in his time. His version of “Mascat Ring Down”, though, is uptight and intense – a blisteringly heavy, hypnotic trip around the dark side of the moon. There are moments of intense beauty, of course, but the overall feel is that it’s deliberately epic; like one of those dark Lindstrom and Prins Thomas remixes that just builds and builds for what seems like an eternity. Douglas manages to pull it off – no mean feat given how hard it is to get 10-minute tracks to pull its weight for the entire time.

There’s also a decent digital-only bonus in the shape of a remix from Tokyo’s DJ Kent under his ESP Institute-affiliated Backwoods moniker. The Japanese producer has provided curious listeners with some memorable material over the last two years, and this is no different. By simply adding some spine-tingling pianos to Lauer’s delicious space disco backdrop, Kent delivers a rework that’s little less than a seven-minute MDMA rush.