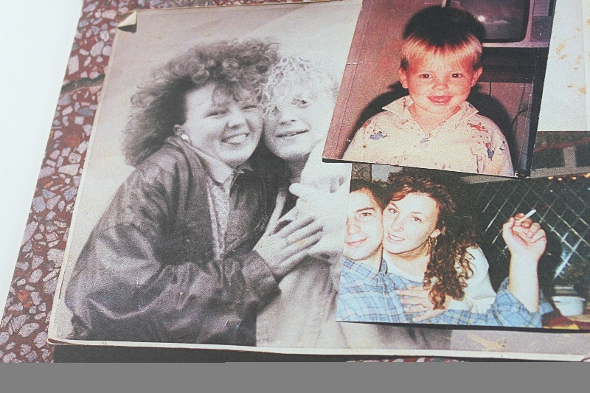 For a producer who has wisely spent the past year developing his sound away from the kind of ephemeral vocal hits like the Brandy bootleg “Getting Me Down” and the Moodymann sampling “What You Do With What You Have”, towards the kind of heads down, no-nonsense techno of his Clone and Black Sun releases, it seems to go against everything he’s been moving towards by revealing a track like “Why They Hide Their Bodies Under My Garage?” on his Boiler Room appearance earlier this year. Lifting a sample from The Fugees’ “How Many Mics”, Blawan constructs a cartoonish nightmare of a track with its tongue firmly in-cheek, combining horror movie screams and strings, relentless 4/4, and rippling industrial stabs that seem suspended in some kind of gelatinous soup. It’s obvious from the public reaction to this track that this is what the majority of Blawan’s fans want, but is it really what’s best for him?

Artist
Blawan
Title
His, He She & She
Label
Hinge Finger
Format
12"

Thankfully, what could have been a dire misstep has actually turned out to provide the lead track for one of Blawan’s most well rounded EPs to date. It’s a dark opposite to “Getting Me Down”; a clever critique of the R&B sample culture, it combines the stripped back rhythmic workout of his comparatively sober EP for Black Sun with the vocal excesses of those early tracks, it’s also the jumping off point for an EP that doesn’t just strike an effective middle ground between those two sides of his persona, but works on a thematic level too. Dropping in the tortured screams of the previous track throughout “His Daughters”, he offers continuity, but counters the outlandishness with a genuinely troubling piece of industrial noise. Lacking his trademark kick drum, and containing only haphazard cymbals, accelerating rattles and a rumbling undercurrent, it may be more Emptyset than Blawan in its construction, but in execution his signature is still evident. By the time the screams and horror movie samples return at the start of “His Money”, its obvious that B-movie shlock is what’s holding everything together; taking things back with another “How Many Mics” sample, he mangles the vocal to take on an even more detached, mocking presence. “And Both His Sons” therefore is the denouement, little more than 130bpm of kick drums and atonal squealing amidst an indiscernible looped vocal – the final chase sequence of the twisted slasher fiction narrative Blawan has created in his own head.

It’s a fiction that extends into what feels like a meta-level prank; at the end of each side are two locked grooves that seem to want to trap the listener in their own auditory horror rather than function as mere DJ tools (I’m surely not the only person to have sat listening to them for five minutes or more without realising). Will Bankhead’s Hinge Finger sleeve designs have all seemed to depict the artists themselves in either obvious or oblique ways; the artwork for His He She & She is no different; in the top right, amidst the other family photographs is what is surely a young Blawan himself, a mischievous image which suggests that despite his recently earned techno pedigree, he’ll never be adverse to a bit of fun – in moderation of course.

1. Why They Hide Their Bodies Under My Garage
2. His Daughters
3. His Money
4. And Both His Sons