Terrence Dixon – From The Far Future 2 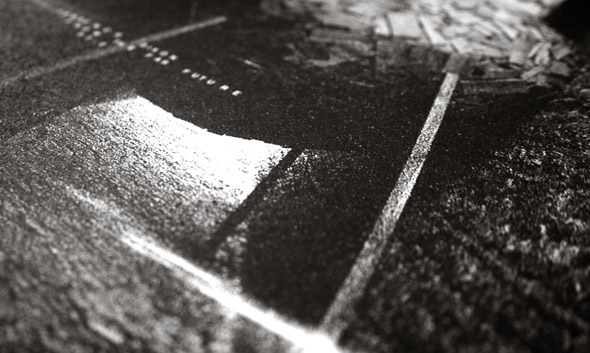 When the first instalment of From The Far Future was released 12 years ago, it sounded unlike anything else that came before it. There were some pointers, including Juan Atkins’s more introspective work like “Starlight” or the unflinching repetition of Rob Hood’s minimal techno, but these were mere reference points. From The Far Future saw Dixon carve out his own space, a location soundtracked by hypnotic, pointillist rhythms and layers of abstract sound. Appearing at the end of techno’s golden 90s period, a time when the grim heads-down conformism of the loop sound prevailed, it was and still is a landmark release, a collection that follows in the proud tradition of Drexciya and Red Planet by veering away from the pre-ordained co-ordinates and charting largely unknown waters.

Dixon himself is as enigmatic as his music and went off the radar for about five years after the album’s release. Maybe, like a great painter, he couldn’t deal with the brilliance of his work, and retreated. Since his re-emergence, he put out an album, the jazz-infused Train Of Thought for Yore in 2007 but From The Far Future 2 is the follow-up worth waiting for.

Like its predecessor, it revolves around the concept of change through repetition.This is audible on the closing salvo of “Tone” as well as “Blinking & Flashing” and “The Study”, where shifting tones insinuate themselves into the arrangement before dominating the reduced rhythms, but From The Far Future 2  has a more wide-reaching approach than before. Dixon applies his sound to dance floor techno most effectively on “The Auto Factory”, the industrial rhythm and pounding metal-on-metal riffs replicating the sound of the now decommissioned factories in the title. “Lead  By Example” has echoes of Rob Hood, but the groove is more rolling, and “Navigate” features tweaked 303s gushing over a slamming percussive workout. Dixon doesn’t need to focus on the dance floor to articulate a sense menace and anger, and as one listen to the gloomy bass and found sound sample snippets of “The Switch” or the crashing percussion and churning bass and nausea-inducing tetxures of “Path To Mystery” demonstrate, he is as capable of making the listener feel uneasy as he is at entrancing his audience.

However, the real highlights occur when he seeks to seduce rather than sound disturbing. “Self Centred” evolves from lithe drum patterns to include a snaking bass and skewed jazz riffs, “Horizon” centres on chiming chord melodies, while “Dark City of Hope (Main Mix)” proves to be the album’s piece de resistance. The beats are understated, the slivers of percussion and acidic bleeps trickle down like drizzle on a windscreen and the waves of textured chords are so indistinct and liquid, that it makes the listener wonder whether Dixon actually achieved what both album titles suggest – after stumbling upon a wormhole, he’s transmitting to us from some future point in time.