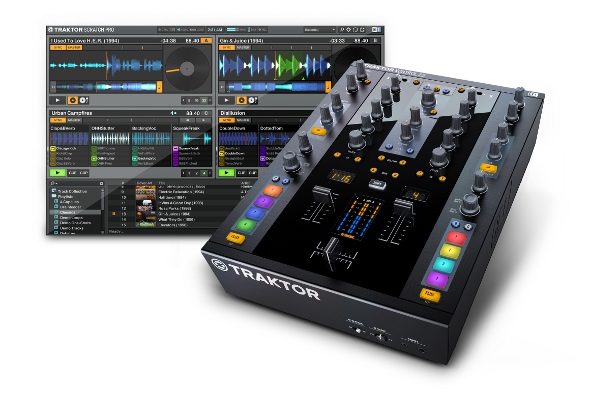 Native Instruments have just revealed the full details surrounding their next piece of hardware, the Traktor Kontrol Z2 mixer.

Initially teased last month, and touted as the world’s first 2+2 mixer, it combines the worlds of traditional analogue and digital DJing, featuring two analogue channels for connecting turntables or CDJs (for use with traditional media or Traktor Scratch), with two additional channels devoted to Traktor’s new remix deck functionality. Although there have been Traktor-certified hardware mixers in the past, this is the first built from the ground up with Traktor in mind, and according to the accompanying press release, the unit  is “designed to deliver the reliability and pro sound quality essential for professional club DJing”, combining a 24-bit soundcard and professional XLR outputs with separate booth output and microphone input within its aluminium chassis. A built in USB-hub make it possible to connecting additional controllers through the unit itself  – a long desired feature for laptop users limited to a few USB ports.

A wealth of knobs and buttons are offered to facilitate the units many functions; the two primary channels feature dedicated three-band EQ, filter and fader section, and rotary volume knobs offer control over the dedicated Traktor channels, while four multi-coloured LED buttons are used to control cue points and remix decks on each Traktor channel, while tracks can also be browsed on Traktor from within the unit.

Also included is the unit’s new Macro FX feature, which combines multiple effects on to a single control, allowing new and intuitive ways to build up and break down tracks on the fly, while a new Flux Mode “tracks the time during complicated scratch and effect performances, allowing for creative loop rolls or effects while returning the song accurately to the beat”, all of which can be seen demonstrated in the video below.

The Traktor Kontrol Z2 will come complete with the latest version of Traktor Scratch, as well as timecode vinyl and CDs; it will be released on November 1, 2012, and have a recommended price of $899 /799€.