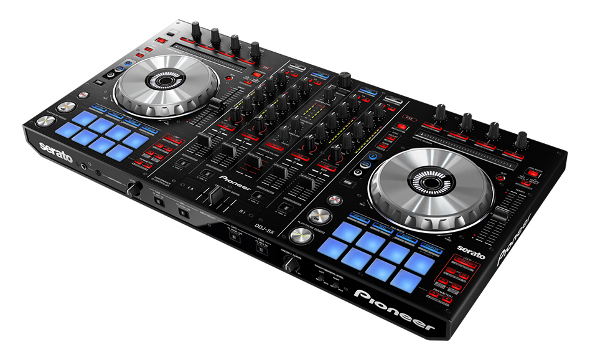 Serato has announced details of Serato DJ, the successor to their controller-focused digital DJ application ITCH, with a new controller from Pioneer the first to make the most of its new functions.

Supposedly sporting an all-new interface (yet to be unveiled), featuring two and four deck view modes for four deck controllers, the new software features an effects suite powered by iZotope and improved looping features which now allow you to display either eight cues, eight loops or both. Most notably, it has opened up MIDI mapping for the first time, allowing a secondary MIDI controller be used – though it’s unclear whether a primary Serato endorsed controller is still required.

Also announced today was the successor to Pioneer’s DDJ-S1 Serato controller – the DDJ-SX. The unit builds on its predecessor and takes advantage of the new features of Serato DJ with three key changes – two sets of “performance pads” which are assigned to hot cue, roll, slicer, and sampler functions, a four-channel mixer which can accept external inputs for use as a standalone mixer, and CDJ style “Big Jog” wheels with low latency that supposedly provide the DJ a greater degree of accuracy when scratching tracks.

The new loop and cue points and performance pads of the DDJ-SX would seem to be an answer to Traktor’s recently added “remix decks” functionality and accompanying Kontrol F1 controller, incorporating the trigger pads into the one unit – though whether the new functionality will be as intuitive as Native Instruments’ offering remains to be seen. The DDJ-SX’s ability to be used as a standalone mixer also pitches it directly against Native Instruments’ S4 Traktor controller. A more detailed look at the controller is offered in video below.

Both Serato DJ and the Pioneer DDJ-SX will be released in November 2012.