Legowelt to release The Paranormal Soul album on Clone 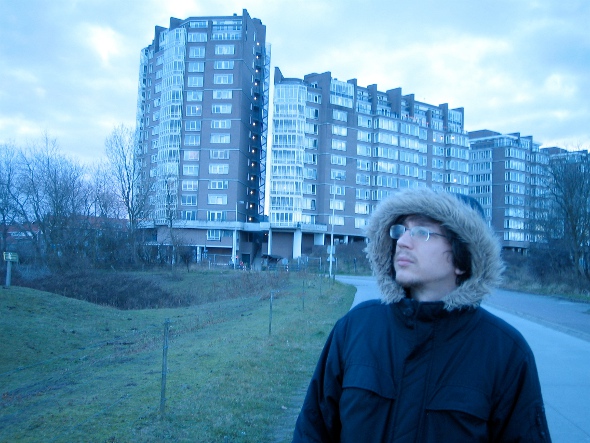 Veteran producer Legowelt aka Danny Wolfers has a new album on the way, entitled The Paranormal Soul.

The Dutchman has countless albums already under his belt – as Legowelt, Nacho Patrol and innumerable other pseudonyms – but The Paranormal Soul will be the first Legowelt long player for Rotterdam based label and distribution empire Clone. His most recent solo album, 2011’s The Teac Life, was initially released free digitally before a clamour for a physical release led to Wolfers releasing it himself on vinyl.

Recently Wolfers has released the Bergerac referencing North Sea Spectrum EP for ace UK label Signals, as well as two 12″s under the Trackman Lafonte & Bonquiqui guise with mysterious muse XOSAR; the duo have also embarked on the Xamiga project together.

Press notes from Clone describe Legowelt as a “derelict of techno” who is “insubordinate and averse to anything going on in the EDM world”. They go on to describe the album as “mangling up the historical foundations of New York, Detroit, Chicago and early UK Rave, mixing it with seedy witchcraft rituals and deep space psychedelics for a boundless journey into techno mysticism”.

You can listen to a single stream of snippets of every track set to appear on the album via Soundcloud player below. Clone will release Legowelt’s The Paranormal Soul in November.

1. Danger In The Air
2. Clap Your Hands
3. Elements in Houz music
4. Rave Till Dawn
5. Sketches From Another City
6. Tigertrain
7. Transformation Of The Universe
8. Voice Of Thriumph
9. I Only Move For U
10. Renegades Of A New Age
11. On a Cold Winter Day
12. To The Homeland