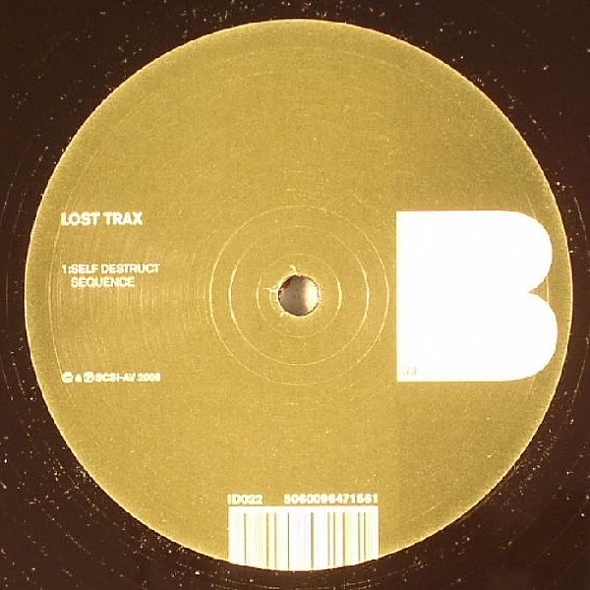 The release of The Saturiun System proves that timing is everything. It was the first record by the mysterious Lost Trax and one of the last releases on Carl ‘Silicon Scally’ Finlow’s SCSI-AV label. The release came at the tail end of electroclash, a fashion-based, vacuous sound that SCSI-AV, Finlow and the producer of the Lost Trax records provided a musical alternative to.

Ironically though, it is also arguable that the prevalence of fluffy, media-obsessed acts like Fischerspooner provided an environment that encouraged dissent and led to artists like Lost Trax kicking against the mascara-clad pricks. After all, if the popular act of the day resembles Sigue Sigue Sputnik on ketamine, it is hardly surprising that some producers decide to draw on more substantial musical influences and keep their identity a mystery.

But it wasn’t just the death rattle of electroclash that showed how charmingly out of time The Saturiun System was. 2006 marked the apex of European minimal house and techno, a time when the innovative early ’00s work of Villalobos, Losoul, Brinkmann and Farben was giving way to hiccuping rhythms, ping-pong beats and the decidedly unsavoury sight of hard techno DJs trying to reinvent themselves as sun-bronzed, laptop yielding Ibiza superstars.

Lost Trax offered an escape route for people who were keen to ignore the part of the techno scene that had been seduced by the dubious charms and trappings of a lifestyle inspired by the pages of Hello. It also predated the trend towards anonymity in techno, the subsequent slew of hand-stamped records and a move back towards gritty realness spearheaded by Berghain.

But enough about its cultural significance, why was it such a special record?  “Self-Destruct Sequence” is a deep techno track in the traditional Detroit mould, its mournful chords unfolding over a purring bass and a jerky rhythm, but to be honest it’s all about the flip side track, “The Saturiun System”.  Like a distant but more refined cousin of UR’s “The Final Frontier”, it starts with shuffling, rolling 808s and a warm, bleeding acid line.

In the same way that Mad Mike’s arrangement contains a spine-tingling drop after a few bars, “System” also breaks into a haunting synth sequence that takes the edge off the austere combination of 303 and steely drums. The addition of a wispier, more ethereal synth hook provides the killer element in the track and allows the producer to stretch “System” out to over nine minutes without the listener feeling that it’s even a second too long.

Theories abound about who is behind the Lost Trax project; some people claim it’s the third outlet for a well-known US electro/techno artist, others believe he/she comes from the small but creative jak/Italo/electro hub that centres on the Hague. Since The Saturiun System was released in 2006, whoever was behind the project went to ground, only re-emerging a few years later. Finlow resurrected SCSI AV in 2010 to put out the follow up and Lost Trax 2  and in 2011 and 2012, Lost Trax also appeared on split releases on Tabernacle. Anyone who heard these records will remember how the purring basslines, crystalline synths and warm melodies reminding listeners of just how soulful techno gets –  but none of these comeback releases can match the interplanetary majesty of The Saturiun System.

A1. The Saturiun System
B1. Self Destruct Sequence