The Pachanga Boys set for debut LP, We Are Really Sorry 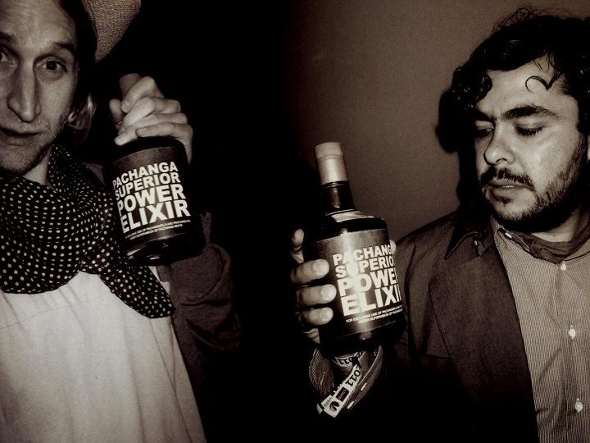 Rebolledo and Aksel Schaufler will follow some highly prized twelve inches as Pachanga Boys with a debut album, entitled We Are Really Sorry and set for release via their own Hippie Dance imprint in November.

The Mexican Cómeme artist and the Kompakt stalwart more commonly known as Superpitcher began working together under the Pachanga Boys alias some three years ago, contributing to several Kompakt Total compilations before launching the Hippie Dance label upon which they sought to spread the word of the “New Church Of Hippie”. Musically this has manifested itself as a slightly bizarre take on the melodic techno sound associated with Kompakt across a series of well received and highly sought after limited 12″s – copies of last year’s Girl Catcher are  currently listed between £160 and £220 on Discogs for instance.

Recently announced as one of the first artists to feature on Permanent Vacation’s projected John Talabot fIN remix series – for which they’ve actually submitted three versions of “When The Past Was Present” – Rebolledo and Schaufler will look to present a full length vision of the Pachanga Boys world on the amusingly titled We Are Really Sorry, described in the imaginatively penned press release as “an exhaustive recollection of their adventures on and off the road while finding their way to Pachangafarian enlightenment”.

Intriguingly, the 15 track set eschews the chance to include any of the previously released Pachanga Boys tracks in favour of all new productions, narrated by “the truly fantastic Dessagne twins from Saint-Etienne” and even comes accompanied by a DVD featuring a movie of the album which presumably documents the “roadtrip from Cologne to Cheesetown, Coffeetown, Boottown and back again” referenced in the bizarre press release.

Hippie Dance will release We Are Really Sorry by Pachanga Boys across vinyl, CD and digital formats on November 5. 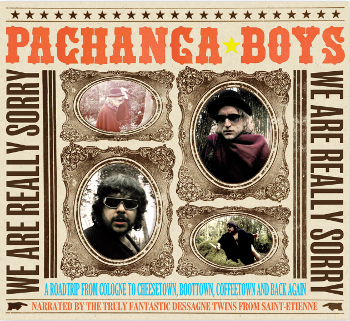