Rachael debuts on Idle Hands with You’re Driving Me 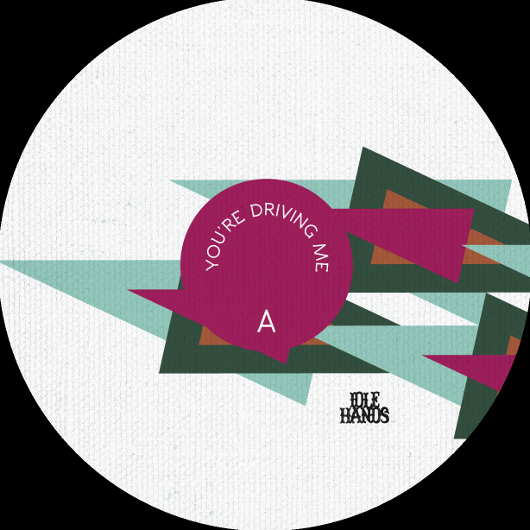 The next release on Bristol based record emporium-cum-record label Idle Hands has been announced, with the mysterious Rachael outfit signed up for a two track 12″.

You’re Driving Me will represent the blossoming imprint’s fifth release for 2012, following 12″s from Kahn, Kowton and Alex Coulton, with Bass Clef’s Dawn Chorus Pedal due out imminently. Not much is known about Rachael, and Idle Hands seem happy to keep it that way – a press release accompanying today’s announcement was as ephemeral as PR gets, describing the tracks as “leftfield techno and quirky house” that had already found favour in the record bags of Bristol selectors Appleblim and the Kelly Twins.

On first listen this assessment seems to be correct, with the title track a crisp drum workout that comes across as an anaesthetised version of KiNK & Neville Watson’s “Blueprint”, while “Kung Funk” prowls around deep house atmospherics in a manner reminiscent of label mate Kowton circa “She Don’t Jack”, albeit with enough woozy, idiosyncratic charm to suggest Rachael has her (his? Their?) own sound.

Idle Hands will release You’re Driving Me by Rachael on October 22 on vinyl and digital formats.