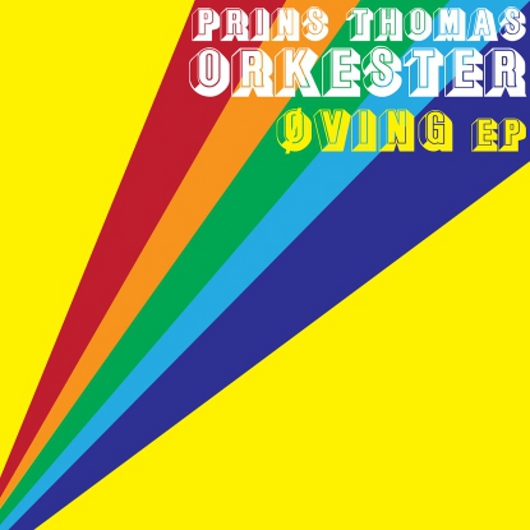 Less than a week after announcing his second solo album, Norwegian producer Prins Thomas has unveiled another forthcoming release featuring recreations of his past material performed by a full band.

Although it’s not yet clear who exactly forms the “Orkester”, press notes indicate the outfit is comprised of Prins Thomas’ “friends and friends of friends”, with the project undertaken to fulfil a desire to “have fun and jam along like the old days”. The Okester chose tracks from the producer’s archive to recreate, with each track on the øVING EP performed in a maximum of two takes. Three of the tracks that appeared on the debut Prins Thomas album – namely “Slangemusikk”, “Uggebugg” and “Sauerkraut” – have been turned into “Snake Music”, “Hamar Bluesklubb” and “Surkål”. The fourth track on the EP, “Aril Moen”, is a recreated version of the “Morfar”, first released in 2010.

The results were then mixed by Thomas’ Scando-disco cohort Todd “Terje” Olsen and will be pressed up on a 2xLP vinyl. The news follows the revelation that a second Daniel “Blackbelt” Andersen long player is also set for release on Thomas’ Full Pupp imprint next month.