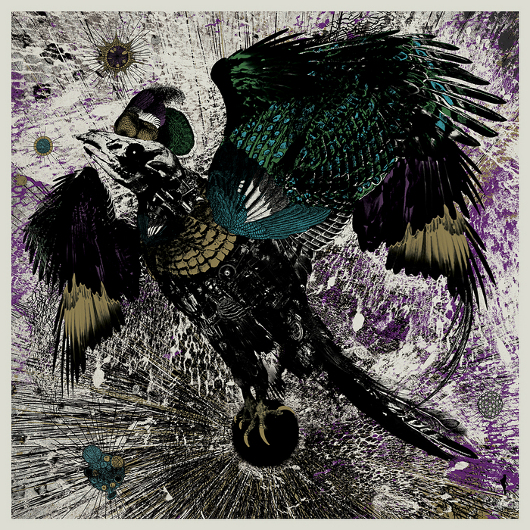 The industrious collective behind the Sullen Tone imprint have unveiled their next release, the Alfur EP from label chiefs Old Apparatus.

Since launching in July with the excellent Derren EP, the East London based troupe have quickly set about establishing a visual and sonic aesthetic based on creaking rhythms, scorched soundscapes, groaning metallics and intricately designed record sleeves. Alfur is the second in a trilogy of records written by individual members of the collective, with A. Levitas credited with the production work. The first EP in the series, Realise, was officially released today.

The five track 12″ continues to explore and expand upon established Old Apparatus/Sullen Tone themes, with lead track “Boxcat” showing glimmers of light within their murky world thanks to the deployment of some gleaming synths. “Schwee” relies more on the ashen, downbeat atmosphere one associates with the label, while the chiming bells of “Cauliroot” mark it out as the EP’s highlight along with the thrillingly dense closer “Lingle”.

Sullen Tone will release Alfur by Old Apparatus on October 8.