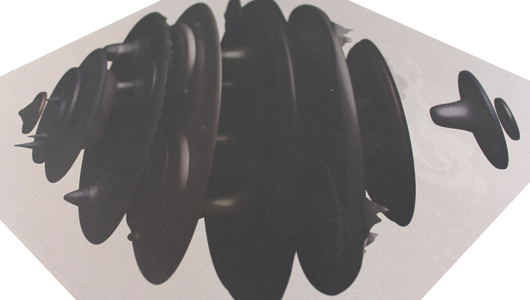 With the amount of tasty looking albums due for release in the final quarter not looking like slowing down, this week saw the arrival of a  heavyweight LP in every sense of the word as Brownswood dropped that Mala In Cuba LP.

Arriving on four slabs of vinyl, the musical document of the Deep Medi boss man’s pilgrimage to work with local Cuban musicians should be considered a must for anyone with a finger of interest in contemporary dubstep – check the in-depth review from scribe Oli Warwick here if you are intrigued but not fully convinced. Along with this album a few twelve inches  arrived across the board that have been rabidly anticipated by the Juno Plus team as August dragged on and on and on and on.

The industrally charged Perc and Richard H. Kirk remixes of Factory Floor lead the way, and while the duo are among the last few names you’d expect to see gracing a DFA release, the resultant remixes of “Two Different Ways” were undeniably excellent and have us pondering just how good the 2013 released Factory Floor LP will sound. Occupying a very close sonic space was Ganymede, the second Perc Trax release from London based producer Truss whose two blistering original cuts were complemented by remixes from label boss Perc and a particularly worthy effort from the Midlands based DJ Skirt. Famed Midlands techno doyen Karl O’ Connor was also active this week, dusting off his CUB alias for a first solo endeavour since last year’s In A Syrian Tongue and delivering a pair of typically relentless techno missives in the shape of 2010 cut “C U 1” and a previously unreleased “Funk Mix” of it numerical counterpart “C U 2” which is credited to O’ Connor’s Ugandan Speed Trials alias. The latter just shades it for us, thanks to the explicitly heavy abstract outburst of raw analogue voltage.

Vakula has put out so much music regularly for about eighteen months now it’s hard to keep track of what’s arriving when. Hence the sixth edition of Shevchenko kind of arrived with little fanfare, which is strange as A Side hogger “No Music” is undoubtedly the Ukrainian’s most potent attempt at straight up techno in recent memory. Guts were bruised, jaws were wobbled and breath was taken as the gravelly warehouse techno production consumed our attention. Some people have qualms over the quality control with Vakula but few could criticise this. Another house tip comes in the shape of ESP Institute’s enigmatic Australian Michael Ozone being remixed by L.I.E.S. board member Steve Summers and Rush Hour secret weapon Young Marco. We were impressed by the Giallo EBM stylings of Ozone’s original Perfect Systems EP and these new remixes superbly retain his original stylistic idiosyncracies whilst adding their own respective personalities – the usage of Summers’ own fractured and delayed vocal for his revision is particularly rewarding.

While the phenomena of established artists adopting somewhat anonymous aliases to release music is getting quite tiresome and approaching the point where they should perhaps consider some sort of group therapy, there’s no denying the quality of productions from the three supposedly well known artists operating incognito who contributed to the debut release on London Housing Trust. “Jackie” from FX Mchn is the stand out cut for us, it appeared on Soundcloud briefly earlier this year and the delightfully rubbery bass line and buccaneering, malfunctioning drums sound a whole lot better on wax.

Bizzarely, Ministry of Sound appear to file World’s Favourite DJ Jammy Jones under the category of Future Bass (seek out their new compilation if you are game for a laugh), and this week saw Swamp81, Hessle Audio and Hemlock all weighed in with some heavy duty plates. Some people will know MC Chunky as the scourge of Rinse FM YouTube rip culture, but the Mancunian proved himself capable of producing Swamp worthy club tackle on the four track Chunky EP double pack – the lo-fi grime leaning “Rugged” being our pick. Clutch  saw the first Pearson Sound produce on Hessle since last year’s compilation and signals a change in style towards stripped back sounds of early instrumental grime across the three tracks. Kennedy’s elusive label mate Joe hopped ship to Hemlock with MB, perhaps his finest work of a less than prolific career to date, trading from the 110bpm collage of old funk samples that is the title track to the “the sounds of 94 Jungle smashed to bits, thrown around a studio and taped back together for 2012” that is “Studio Power On”.

Coming out of nowhere at Juno Download this week was the debut single from Thom Yorke, Flea and Nigel Godrich’s Atoms For Peace project. Borrowing the fragmented, minimal arrangements of Yorke’s solo album The Eraser, “Default” surrounds its clipped rhythms and vocal arrangements in an all enveloping bass that references the contemporary strains of dubstep, creating something that could nevertheless only have come from the mind of Yorke and his associates. Meanwhile, Nathan Fake returned with his long awaited third LP, Steam Days, which was pitched almost directly between the pastoral sounds of his debut Drowning In A Sea Of Love and the razor-edged, abrupt Hard Islands. Some tracks are pushed through sharp, angular rhythmic shapes, while others showcased his knack for soft-focus melodies, such as the wistful “Paean” which sounds like Ghost Box hauntology made techno, and the washed out trance of “Sad Vember”.

Elsewhere, Deep Medi Musik’s northern correspondent Commodo returned with Buckwild, an EP characterised by drums that constantly threatened to veer off grid under pressure from the densely layered, cluttered percussion and low end bass that only reveals its true power on a worthy system, while one of the craftiest knob-twiddlers in grime stepped up to Butterz with the bombastic pressure of “Let Me Be The One”: the production was as razor-sharp as anything Terror Danjah has turned his hands to in recent times, ripping between string-laden sweetness and ugly flurries of drums with dexterity.

Now, it was only a matter of time before Tommy Four Seven appeared on Stroboscopic Artefacts – and it was no surprise that his abstract take on techno became part of the label’s Monad series this week, with lead track “Enki” features indistinct but punishing break beats, its evil riffs housing a spooky female vocal just as the sledgehammer beats become more and more intense. Staying on a techno tip, Peter Van Hoesen returned with a new long-player, Perceiver. In between balancing the functional and the abstract, the album also presented a third way, which resulted in the most impressive track on the album; “Nefertiti Always Beyond” boasted nickel-plated drums and Peter’s trademark sub-bass, but there was something looser about the arrangement. What it may lack in precision it compensates with a sense of punky energy, its rhythm spasming like a Magazine song trapped in the body of a relentless techno arrangement. Always a trusted source of needlepoint sound design and spacious arrangements, Mika Vainio returned to one his favourite outposts, Touch, to deliver an album of noise in the truest tradition of the genre. Each track pivoted on an axis between minuscule tones and droplets of sound, and gargantuan shockwaves of aggressive abrasion hat interrupt the cautious calm.

Following the critical and commercial success of Strut’s first trawl through the Factory Records archives, a second selection hit the shelves. This time round, former Factory Benelux man James Nice takes over from Bill Brewster as curator: it was an inspired choice. While Brewster’s selection touched on both well-known classics and little-known gems, Nice largely steered clear of the obvious. As a result, FAC Dance 02 is a mine of little-known gems, from the bizarre Arabic disco of Fadela and post-punk voodoo of Biting Tongues, to the smoky dancefloor dub of Sir Horatio and vintage synth weirdness of Ad Infinitum.

Pick of the CDs this week was Pieces, Marcellus Pittman’s first full-length album. Formidably underground in its no-nonsense approach, it mixes raw, analogue house jams with the sort of spacey deepness most often associated with Motor City acts. In the latter category, the fluid “If The Earth Could Talk” and springy “Loneliness Leave Me Alone” stand out, while the “anything goes” synth jam “Random Acts of Insanity” shows his rarely seen playful side.