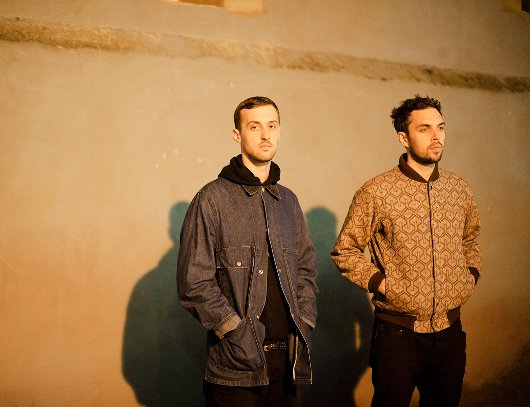 Raime (pictured above), Juju & Jordash and Haxan Cloak are among the names added to the excellent looking bill for next month’s Unsound festival in Krakow, Poland.

All three have albums slated for the coming months, with Raime and Haxan Cloak dropping LPs on Blackest Ever Black and Tri Angle respectively, while Juju & Jordash are on the verge of releasing their third studio album, Techno Primitivism, on Dekmantel. Equally exciting is the addition of DC based duo Beautiful Swimmers – aka Andrew Field-Pickering and Ari Goldman – with the former also set to DJ under his Max D moniker.

The announcement adds another element of intrigue to a line-up brimming with talent, with the aforementioned names joined by Haxan Cloak, Fushitsusha, and KTL – aka Stephen O’Malley Of Sunn O))) and Peter Rehberg – who will perform at the Unsound 2012 opening on October 14.

A number of Polish acts have also been announced, with techno stalwart Jacek Sienkiewicz the most recognisable name. The producer has been lined up for a set on the opening night that will “try to capture and hold in a mere 20 minutes all the past editions of Unsound festival”. The other locals set to appear include SZA/ZA/ZE, Niski Szum, Innercity Ensemble, T’ien Lai, Piętnastka, Bambino Sound System, Gathaspar and Sentel.

The artists join a line-up that already includes the likes of Shed, Heatsick, Vessel and Interplanetary Prophets (a live collaboration between Hieroglyphic Being and Ital), Bass Clef and Teengirl Fantasy and L.I.E.S boss Ron Morelli, who will be performing at our third birthday party in London the week before the festival.