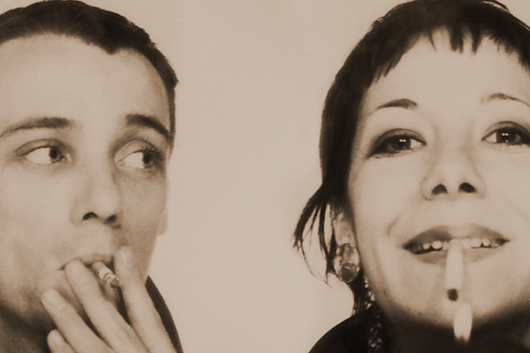 Minimal Wave will release an EP by the French band Deux next month entitled Golden Dreams.

Lyon duo Gérard Pelletier and Cati Tete formed Deux in the early 80s and their brand of stripped down minimal synth compositions complemented by hushed vocal duets was captured memorably on “Game & Performance”, a 1983 production that later appeared on the first Minimal Wave Tapes compilation and was more recently treated to an excellent J Rocc edit.

Clearly Minimal Wave’s second favourite French band behind the secret techno weapon machine In Aeternam Vale, the forthcoming Golden Dreams EP follows the label’s 2010 Deux retrospective Decadance. The four track release features studio and demo tracks that Pelletier and Tete recorded from 1985 onwards that are typically previously unreleased and have been newly remastered. For those unfamiliar with Deux, you can hear the title track from Golden Dreams below for a perfect example of the duo’s Gallic take on archetypal Kraftwerkian pop.

Visually the label have excelled themselves again, with the tracks being pressed on a run of 999 hand numbered and gold coloured 18og plates, and Minimal Wave have also announced that highly sought after Decadance LP will be repressed next year.

Minimal Wave will release the Golden Dreams EP by Deux on October 6. 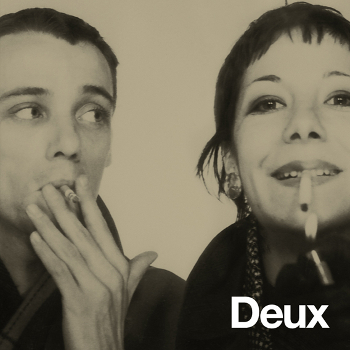 A1. Golden Dreams
A2. Lassitude
B1. Everybody’s Night
B2. Fam Fam