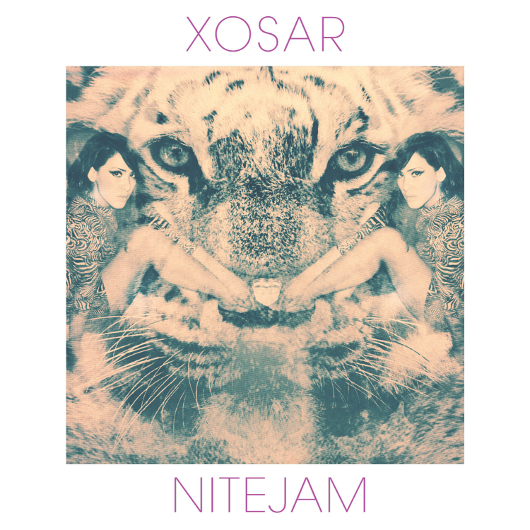 Rush Hour have released details of the next single from analogue house mystic and occasional Legowelt collaborator XOSAR.

Having surfaced earlier this year with two solo EPs on Rush Hour and the esteemed L.I.E.S. imprint, XOSAR has gone on to release two collaborative 12″s with Danny Wolfers under the Trackman Lafonte & Bonquiqui guise – all of which display her smudged out, analogue take on Chicago and Detroit stylesand make her one of our favourite new producers in operation.  Nite Jam sees the San Francisco raised producer – supposedly a descendant from a Bengali aerospace engineer and Cherokee psychic if you believe her backstory – continue to develop what Rush Hour refer to as the “self-dubbed ghost house genre” across two tracks.

“Nite Jam” sounds like a particularly shady and occult take on techno, with a bassline reminiscent of a decayed version of that from Metro Area’s “Miura” combined with chords swathed in delay, while “Elixir Of Dreams” taking things in a deeper Chicago inspired direction, with smeared lounge melodies the order of the day. Dig deep enough through the online dirge and you’ll find murmurs that Rush Hour will also be releasing an album from XOSAR and Legowelt under their other occasional guise Xamiga later this year.

No release date has been announced as yet, but clips can be heard at Rush Hour’s website, while those wishing to acquaint (or reacquaint) themselves with her sound can stream XOSAR’s somewhat divisive Juno Plus podcast from earlier this year below.

Juno Plus Podcast 30 – XOSAR by Juno Plus on Mixcloud