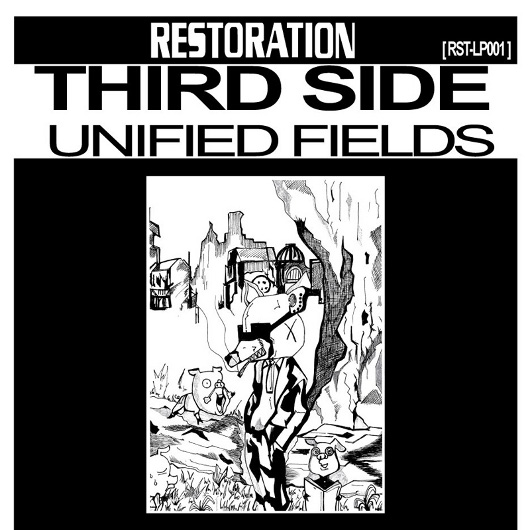 Full details have emerged of the forthcoming album from Third Side, the collaborative project of Panorama Bar resident Steffi and the Analogue Cops.

As we reported in June, the album will be titled Unified Fields, and we have now learned that it will feature contributions from Ostgut Ton’s nd_baumecker and vocalist Virginia, who contributed vocals to several tracks on Steffi’s debut album last year, most notably the ubiquitous “Yours”.

The forthcoming album features 8 tracks across a double 12″ package, and will arrive via the Restoration imprint overseen by the Analogue Cops duo Lucretio and Marieu and should provide the Third Side trio with the opportunity to showcase their raw hybrid of hardware produced house and techno – which takes a militantly analogue approach – in greater depth. Unified Fields will be the culmination of a particularly productive few years for the Berlin dwelling Italian duo, who have established the Restoration label as well as forming a fruitful partnership with UK techno star Blawan.

The tracklisting can be viewed below; no firm release date has been set, but the album is expected sometime in September.

A1: The Absolute
A2: Jackie (feat nd_baumecker)
B1: The Base Of All Matters
B2: Gauge Fields
C1: Unity
C2: Subsequent Stages
D1: Fundamental Forces
D2: Shit On Me (feat Virginia)