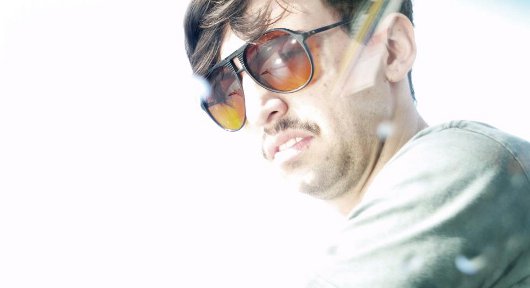 Fresh from being announced as a participant in the (now delayed) Red Bull Music Academy in New York, Los Angeles based producer Suzanne Kraft will release the Horoscope EP on the newly minted Young Adults label.

The producer, real name Diego Herrera, appeared on the Juno Plus radar last year with the quite brilliant Green Flash EP on Gerd Janson’s Running Back label, memorably described in a typically amusing press release as four tracks of “Frenetic Sunshine Ecstasy, Chill Rave, Pill Wave and Hypno Disco”. It transpires Herrera is also part of Pharaohs, the duo who released an EP of pitched down sludgey EBM and odd psychedelic jazz moments on Amanda Brown’s 100% Silk label last year.

Young Adults launched earlier this summer as a more house centric offshoot of the Los Angeles label Friends of Friends, home to the likes of Shlohmo and Salva, with a four track various artists EP featuring Kraft alongside Dead Rose Music Company, Urulu and a collaboration between LOL Boys and Grown Folk demonstrating their intent. Kraft’s full debut on Young Adults apparently forgoes a reliance on samples to craft purely original productions, which still follow a similar path to the sounds found on his Running Back release, dipping its heavily percussive toes in the waters between house and disco – you can stream the title track below for an idea of what to expect.

Excitingly, the label have called on Beats in Space and Emotional Response artist Secret Circuit and Future Times don Max D to remix tracks from the release (the latter featured in our Future Times podcast), though they will only appear on the digital edition along with a further bonus original production from Kraft.

Young Adults will release Horoscope by Suzanne Kraft in early September on 12″ with the digital edition to follow on September 25.

A1. Horoscope
A2. No Worries
B1. Ritmo
B2. Feel
Crest*
No Worries (Secret Circuit Remix)*
Feel (Max D’s Raw Flute Swing)*
*Digital Only