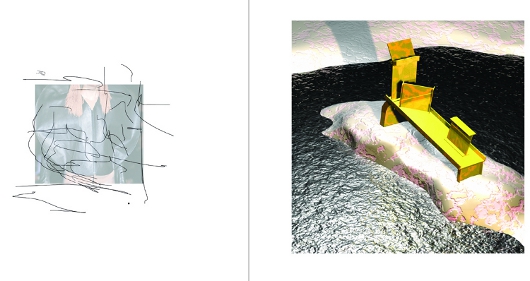 Due for release next month, news of the pairing follows the inaugrual split NNA Tapes release from PAN associates Eli Keszler and Keith Fullerton Whitman and further demonstrates the label’s commitment to seeking out those American artists renowned for pushing the boundaries of musical experimentalism. Software Records boss Oneohtrix Point Never is undoubtedly the more familiar name of the two, with his various solo and collaborative projects seemingly ever present on the cultural radar in recent years, though Rene Hell did provide perhaps our favourite revision on the Blondes remix album earlier this year.

“Music For Reliquary House,” the Oneohtrix Point Never contribution, is a single sonically challenging 22 minute composition based around the “Reliquary House” audio/visual installation he undertook with video artist Nate Boyce. Complementing this, Type artist Rene Hell presents a five track set entitled In 1980 I Was A Blue Square which according to the press release is an attempt to present his “own style of contemporary music that is peaceful and violent on top of itself, creating a rift of confusion that sits nicely between more vast, soundscape-like vignettes.”

NNA Tapes will release Music For Reliquary House / In1980 I was A Blue Square by Oneohtrix Point Never and Rene Hell on  September 17.

Side A: Oneohtrix Point Never

A1. Music For Reliquary House

Side B: Rene Hell