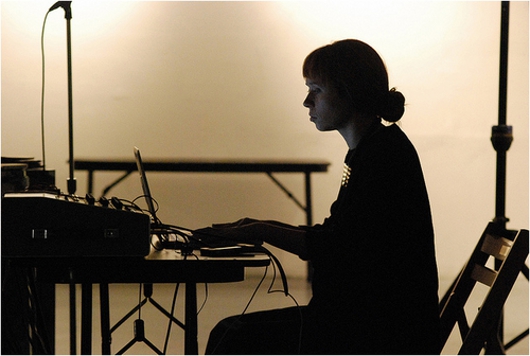 As demonstrated in the recent editions of the FRKWYS series, RVNG are currently singular in their ability to focus on opening up the stranger, more interesting musicians from the niche corners of contemporary music to a much wider audience – as well as  revealing these projects with some IQ level questioning press releases – and they’ve possibly outdone themselves with this latest project.

Herndon is described in a typically verbose RVNG Intl press release as a “young musician, modernist, and machinist” who left her Tennessee home as a teenager to immerse herself culturally in everything Berlin has to offer. Later returning to the States brimming with musical ideas, Herndon undertook a Masters in Electronic Music at Mills College, where she began to experiment with “processed voice and explored embodiment in electronic music”, earning the college’s Elizabeth Mills Crothers award for best composer in 2011.

Herndon apparently began work on the forthcoming album towards the end of her academic studies and the seven track set is described by the label as “a test chamber that hybridizes her modern composition training and undying devotion to club music”. Herndon herself describes her music as an attempt to explore the “embodied experience in electronic media through experiments with the electronically processed voice, using extended vocal techniques, vocal processing and FM synthesis”. Those still unsure with what to expect from Movement can gain a better understanding (to a certain degree) via the below video teaser.

Intriguingly, in a modern age where the prevailing trend seems to be swinging towards re-embracing analogue hardware as the way to approach production, Herndon is steadfast in her appraisal of the laptop which is used as her primary instrument, describing it as the “most intimate instrument we have at our disposal, engaging and absorbing our confessions and inspirations” while quite poetically adding its influence has both devastated and invigorated music.

As previously reported, Herndon was recently announced as an addition alongside Julia Holter to the RVNG Intl label showcase at this October’s Unsound festival in Krakow, while her website reveals that she is also working on colloborative music projects with the likes of Rene Hell and Jamal Moss as well as a book on embodiment in electronic music performance. 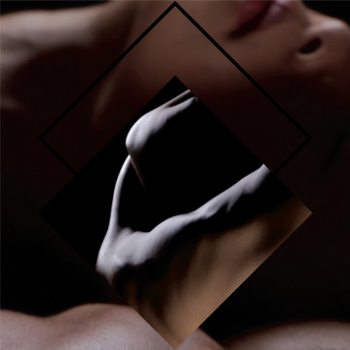