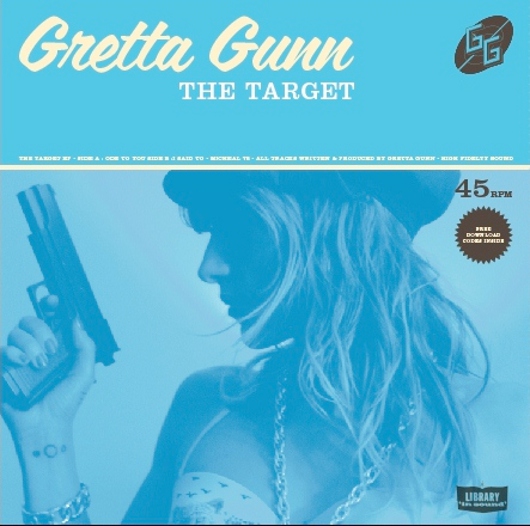 Gunn’s noirish and addictive debut record (The Hunt) was one of last year’s most slept-on gems, and we were suitably enthralled by the promise shown on her 10″ for Alphabet Set to anoint the singer a Juno Plus one to watch. More than a year on, the follow-up has been announced, with The Target arriving in similar artwork to its predecessor, depicting Ms Gunn as a gun wielding vixen. The 10″ will be released via Dødpop Records, a label best known for its 7-inch skweee releases.

You can listen to one of the EP’s tracks, “Michael”, via the Soundcloud player below, and it shows Gunn in uncompromising vocal form, with industrial arpeggiated synths and a raucous, heavily distorted atmosphere. Meanwhile Dødpop is giving away a free download of Mother North’s remix of “I Said To”, which you can grab here.

Dødpop Records will release The Target by Gretta Gunn on August 15.