Deep house producers Christopher Rau and Moomin will launch their collaborative Roaming project with an EP, entitled Believe In Reflecting, set for release later this month.

The EP is the result of a series of “off-the-cuff improvisation sessions” undertaken by the two German producers. The pair recently released a well received Soundcloud mix entitled Roaming live July, and they have collaborated before (as Christopher Rau and Moomin) on “A Place At Night”, which appeared on Oliver Deutschmannʼs Futureworld compilation.

Both artists have amassed impressive solo discographies, with Rau gracing the likes of Mule, Pampa and Ethereal Sound, while Moomin (real name Sebastian Genz) has a number of 12″s dating back to 2010 for Aim. They have also made regular contributions to the Hamburg based Smallville imprint on which Believe In Reflecting will be released.

Smallville will release Roaming’s Believe In Reflecting on August 27, 2012. 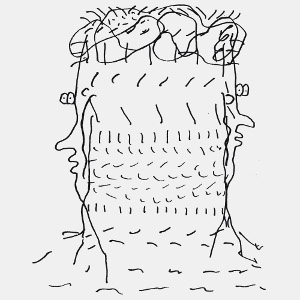