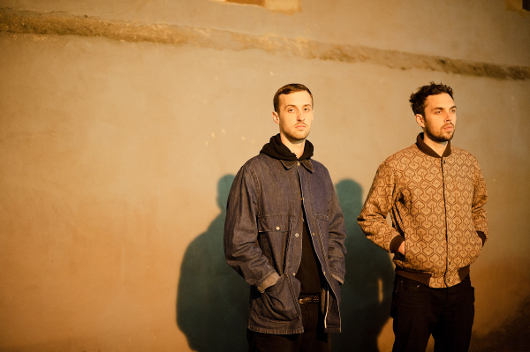 A few tantalising details have emerged from Blackest Ever Black regarding the debut album from London duo Raime.

Joe Andrews and Tom Halstead were granted the honour of the very first few releases on the Blackest Ever Black label founded by FACT magazine’s Kiran Sande, laying down the eery, creeping stylistic template for the imprint with their self titled debut and the subsequent If Anywhere Was Here He Would Know Where We Are EP.

Quiet since the release of last year’s claustrophobic 12″ gem Hennail, Raime will return with Quarter Turns Over A Living Line which was announced in typically vague fashion via the Blackest Ever Black website earlier today, with few details beyond the fact it will feature seven new tracks along with confirmation of format (2 x 12″, CD and Digital) and an expected release date of sometime in Autumn. More information as and when it surfaces and thanks to FACT for the tip.