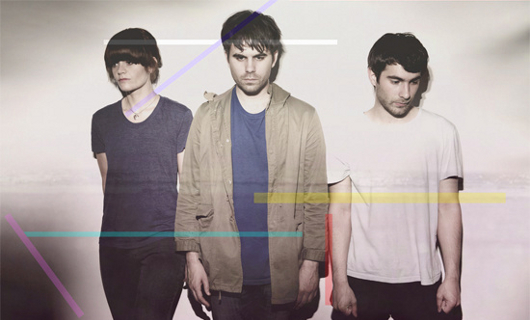 Here’s some news nobody was expecting: two of British techno’s most uncompromising producers appearing on one DFA release.

Both Ali Wells (aka Perc), owner of the industrial leaning UK label Perc Trax, and Richard H Kirk, whose pioneering work with Cabaret Voltaire in the 1970s helped to pave the way for much British techno to follow, have been tapped up by Factory Floor to remix “Two Different Ways” which was released on DFA last year. Wells turns in two remixes: one throbbing number aimed at the floor, and a beatless version comprised of feedback and noise, while Kirk turns in a bumping version comprised of raw waveforms and drum machine beats.

In some respects the union is unsurprising; Wells enlisted the group to remix tracks from the Forward Strategy Group album released on Perc Trax recently, and their love of early industrial groups is well documented (leading to Nik Void collaborating with Throbbing Gristle’s Chris & Cosey last year). DFA have happily flirted with techno over the course of their lifetime – Shit Robot, Gavin Russom, and that Carl Craig remix of Delia & Gavin’s “Relevee” have provided notable highlights, but still, this is a welcome curveball from the label.

Perhaps more excitingly however, is the news on the accompanying press release which states that Factory Floor’s debut album will be “due out on DFA Records in early 2013”. An album proper from the group is long overdue, with their first recorded material appearing in 2008 and their reputation as a formidable live band growing with every gig. There’s no information beyond that, but as ever, keep an eye on Juno Plus for updates as they arrive.

DFA Records will release 2 Different Ways remixes by Factory Floor via 12″ and digital formats on August 27. 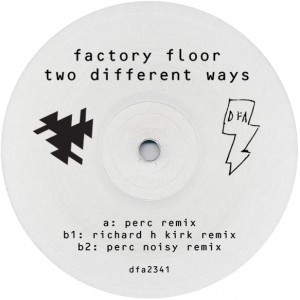