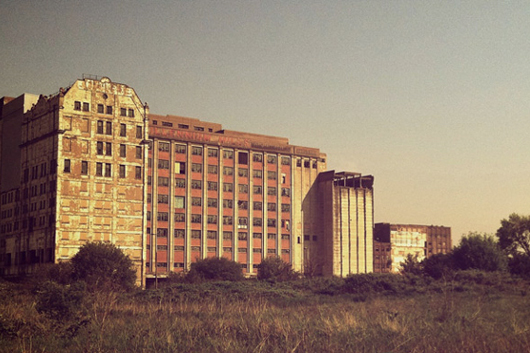 Following the well publicised events of Friday evening, which led to the cancellation of Bloc 2012 on public safety grounds, the company behind Bloc, Baselogic Productions, have announced that they have gone into administration.

In what is a sad, but not entirely unexpected turn of events, the team behind the ill-fated festival have issued the following statement through the Bloc website:

It is with great sadness that we announce Baselogic Productions (who you all know as Bloc) has been placed into administration following the events of Friday evening. The team are working hard with the administrators to investigate the issues that led to the closure of the event and people will be updated as and when we have new information. We ask that you allow the administrators time to conduct a thorough investigation so we can establish the facts.

Once again we would like to apologise for all of the frustration and disappointment this situation has caused and thank everyone who has supported the team over the years, your continued support means so much to us.

Parker Andrews, the administrators for the company also added this statement:

On 11 July 2012, Baselogic Productions Ltd trading as Bloc voluntarily entered administration. The appointed administrator is Jamie Playford of Parker Andrews Insolvency Practitioners. An investigation into the facts leading to Baselogic Productions and the administration will be conducted immediately by Parker Andrews and a further statement will be issued in due course. Jamie Playford said: “It is important that we understand the full facts including what funds will be available to creditors and ticketholders and to ensure the information we provide about the next stages of administration is clear and concise”.

Despite the company saying in a previous statement that Bloc were “working to ensure that everyone will be refunded for their tickets”, these new statements make the situation somewhat less clear.

Earlier today CrowdSurge, the company responsible for all ticketing at Bloc, broke their silence to release a lengthy statement via MusicWeek that seemed to absolve themselves of all blame, stating that “at no point throughout the scanning process did the scanners cease to operate”, and that “a small number of e-ticket issues were escalated to CrowdSurge throughout Friday and all related to either printer issues or scanner operator error…in each of these cases, fans were required to produce valid ID to prove that they were the legitimate purchasers of the tickets”. Despite this, there are many accounts on Bloc’s Facebook page that would seem to actively contradict elements of CrowdSurge’s statement.

Established in 2007, Bloc began life at a Pontin’s holiday camp in Hemsby, before moving to the larger surroundings of Butlin’s in Minehead in 2009. This year’s move to London’s Pleasure Gardens saw a jump in capacity from 6,000 to 15,000, but one that led to tent queues, and overcrowding issues outside the gates seeing the event closed down in the early hours of Saturday morning.