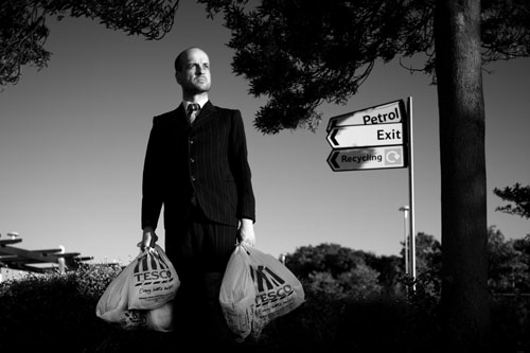 Matthew Herbert has exhumed his Wishmountain moniker for a forthcoming album called Tesco, set for release via his own Accidental imprint.

Wishmountain was one of the producer’s first projects, and laid a template for how Herbert has approached the art of production in a broader context over the subsequent years. “Radio”, Herbert’s most recognisable work as Wishmountain, was formed from eight sounds of a beaten up plastic radio, and went on to become a classic of the mid to late nineties minimal techno era. This approach of making a track exclusively from eight sounds stemmed from his own technical limitations – with an eight output Casio sampler his core recording equipment – but became the guiding creative principle behind Wishmountain.

Herbert seemingly called time on the project in the aftermath of the debut Wishmountain album Wishmountain Is Dead, released in 1998, to focus on his many other projects, but has apparently decided to revisit the project for a new album with similar creative notions. Anyone familiar with Herbert can probably guessed the concept for Tesco from the title alone, with the eight tracks made exclusively from the sounds of the ubiquitous high street supermarket chain’s most popular items (according to a 2010 survey in The Grocer magazine)

Speaking on the forthcoming album, Herbert claims it will be slightly less challenging on the listener than some of his most recent creative endeavours; “After all the questioning, controversy, head scratching, mud, straw and blood of the One Pig record, I felt like making some old-fashioned dance music. I ended up making this record in 4 days, a spontaneous crunch around the modern supermarket – a place of fantasy, trickery, wonder and horror.”

As well as the new album which is set to drop on August 6, Accidental will digitally reissue Wishmountain Is Dead, along with pressing up a reissue of the Radio 12″ and two tracks from Tesco for an advance 12″ release on July 16.