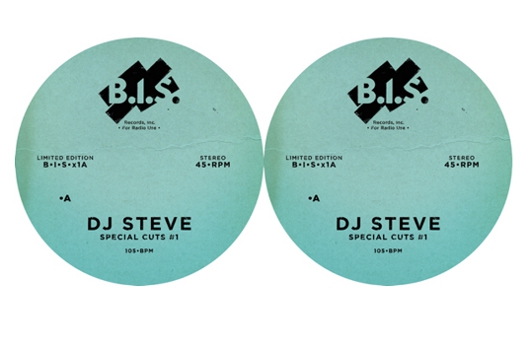 Described as a home for “any of the edits or bootlegs we might come across,” the label will launch with Special Cuts Vol 1, a two track release from the mysterious DJ Steve. The story behind the release dates back to a European tour Sweeney was on a few years back where he kept getting told about this DJ from Tropea, Italy named in honour of Stevie Wonder and worked as a butcher by day, whilst at night did epic DJ sets at a local club called Casablancas. An intrigued Sweeney made his way to the small town in the south of Italy to take in a performance, with the witnessed 12 hour set is described as an “eye opener” by Sweeney. Performing for 12 hours, DJ Steve dropped tracks played off dub plates, vinyl, cassette and reel to reel and the set pretty much made up of special edits  he had done over the years.

Sweeney subsequently invited DJ Steve out to New York City last November, and his participation on the long running Beats In Space remains one of the most listened to instalments in the show’s archives. Whilst in the city, Sweeney managed to record some of the dub plate edits that DJ Steve had brought with him, with two of those forming the basis of the forthcoming 12″. Good luck trying to identify the source material for either of the “Special Cuts” included, and hopefully this will set the standard for any forthcoming edits the new label looks to release.