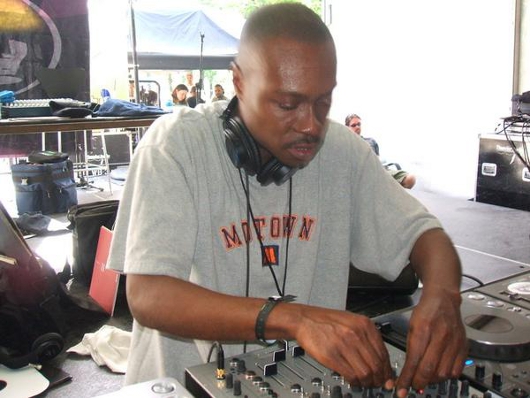 Some big news from Detroit: Marcellus Pittman is preparing to release his debut album, Pieces.

Since surfacing on the split Essential Selections Vol. 1 EP with Theo Parrish on the big man’s Sound Signature label back in 1999, Pittman has built a reputation for a gritty lo fi take on the Detroit sound with select releases for the likes of FXHE, Fit and Trackmode, while also contributing intermittently to his own Unirhythm imprint and stocking up a nice selection of compilation appearances and remixes, most recently of Madteo for the Meakusma label.

His role within Detroit’s ongoing musical legacy in its current form is further cemented by participation in both the 3 Chairs project alongside peers Moodymann, Rick Wilhite, and Theo Parrish as well as being a member of The Rotating Assembly collective overseen by the Sound Signature boss along with the likes of Andrés, Marvin Belton and more.

While there is no firm release date for the forthcoming album, we can confirm that Pieces is formed of tracks that originally featured on the four highly prized Unirhythm 12 inches that were released between 2006-10 alongside some all new Pittman productions such as “Sneak Attack” and “Random Acts Of Insanity” as well as a Jamie 326 Edit of “There’s Somebody Out There”.