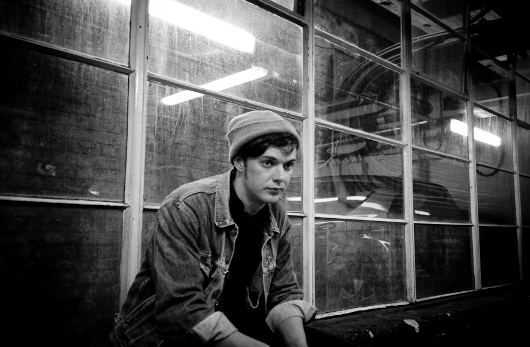 The forthcoming LP will arrive some two years after the Berlin resident first surfaced on Mike Paradinas’ increasingly wide reaching imprint with Great Western Laymen, a debut album that mixed the traditional tropes of dubstep with the producer’s own flamboyant voice and obvious musical talent. Zygadlo has been largely quiet in the subsequent period, releasing only a rather fun one off 12″ via the excellent Pictures Music imprint last summer – it was then that Rudi gave a rundown of his Planet Mu favourites, which you can check here.

Ahead of the album dropping, Planet Mu will release lead single Melopomene, a typically dramatic ivory-fuelled ballad by Zygaldo, which you can bask in via the below video and should set the tone for what to expect from Tragicomedies. The label’s press release informs us Zygadlo is “willfully perverse as ever”, with the album’s 13 tracks described as “cerebral, yet poppy and direct, weaving from woody, folky arrangements to doo-wop and the elegant structures and motifs of classical music in an unforced and playful way”.

Planet Mu will release Melopomene by Rudi Zygadlo on a wee 7″ and digital formats on July 9, with the album Tragicomedies to follow on September 17.