Steffi & The Analogue Cops prep album as Third Side 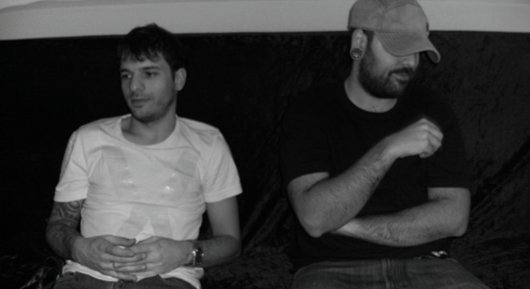 The Analogue Cops (pictured above) and Steffi will further cement their working relationship as Third Side with the release of Unified Fields, an album due out later this year.

The Third Side project first surfaced back in 2009, with the trio contributing a track to the Captain Dance EP – released on the militantly vinyl only Restoration label that the Analogue Cops (aka Italian duo Marieu and Lucretio) oversee. In the subsequent period there’s been a steady stream of Third Side productions surfacing on Restoration, and the echo laden house classicism of “Andy” was also featured on Ben UFO’s imperious Rinse: 16 mix last year.

While the full details regarding Unified Fields are yet to surface, Restoration will give an advance taste of what to expect from the LP with a soon to drop 12″ that features album track “Unity”, a rather gravelly sounding subaqueuous techno cut, along with some headline remixes. Tireless UK drum machine breaker Blawan features along with recent Vae Victis additions Nightjars, while Steffi also steps out of Third Side to provide her own reinterpretation.

Expect the Unity 12″ by Third Side to drop later this month, with the album Unified Fields to follow in September.