New LP due from Mim Suleiman 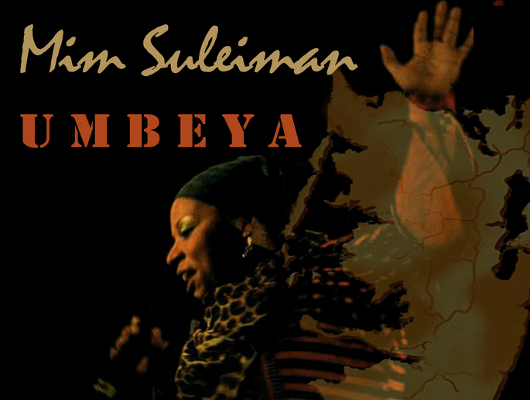 The singer was introduced to the world via a couple of Fulton produced 12″s and the full length Tungi – all released on Gerd Janson’s esteemed Running Back imprint in 2010. If the combination of Mim and Maurice sounded strange on paper, it sounded glorious in full flow, with her distinctive singing voice ducking between English and Swahili over some of Fulton’s most effortlessly effervescent productions which veered in typically diverse directions.

The forthcoming Umbeya follows in this manner, with the deep basement vibes of “Chuki” and the flatulent disco of “Msimamo” standouts among the ten track set, while the title track evokes the rhythmic spirit of some of Fulton’s work as Ladyvipb for Nuphonic.

Bubbletease Communications will release Umbeya by Mim Suleiman on June 18.