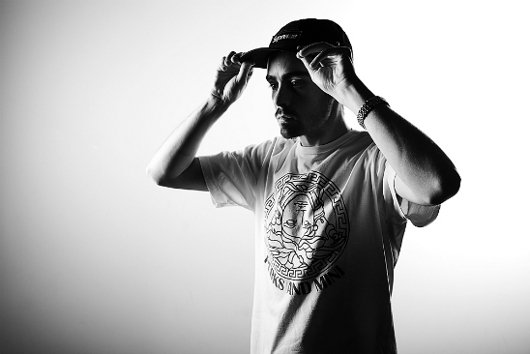 Oneman, the Rinse FM DJ who retains a towering presence in UK electronic music circles, will mix the 64th instalment in the Fabriclive series.

Today Fabric unveiled the tracklisting and artwork for the CD, which is set for release in July. The man otherwise known as Steve Bishop has included cuts from a number of his British contemporaries in Pearson Sound, Bok Bok, Burial, Joy Orbison and Boddika, alongside the kind of classic garage cuts that have been a staple of his sets down the years from the likes of Youngstar, Steve Gurley and Tuff Jam.

In a press release distributed today, Bishop explained his track selection: “I wanted the mix to primarily be a representation of what I would typically play at fabric in current terms, so bearing that in mind I decided to draw on a lot of new house crossover stuff. The beginning of the mix is kind of a throwback to 2010, where I felt this UK Funky sound really started developing into another darker strand of UK dance music. The rest is really a mix of 128-134bpm music through the years; there’s some old Locked On garage classics in there too… I never really think out these things too much, it just has to make sense when I listen back to it.”

The London club will host a launch party for the mix on Friday, August 3, with Artwork, Loefah and Kode9 joining Oneman behind the decks.