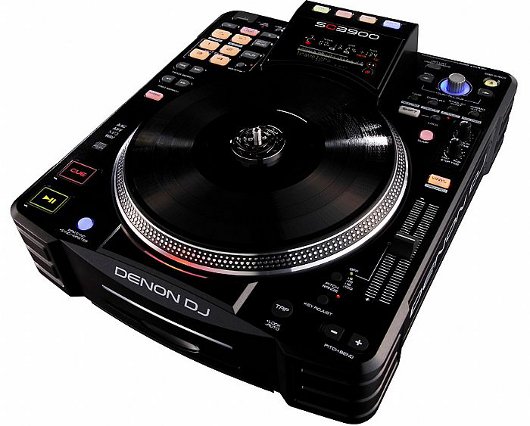 Denon, and now Denon DJ, have been making CD players for use in clubs for many years. It might seem odd now but the much-maligned, twin decked DN-2000F was an award-winning deck back in 1993, and although the use of CDs in clubs took a while to really catch on, Denon were one of the first companies to take a serious stab at a workable product. Fast forward almost two decades and Denon DJ are still making credible players for DJs used to working with more traditional hardware, namely vinyl and Technics turntables. The SC 3700 featured a direct drive platter reminiscent of the legendary Technics hardware. It could read a large variety of CD formats and you could host other devices via USB, utilise MIDI control and it worked as a soundcard and had its own music management software. Now all of this has been upgraded and re-packaged into the SC 3900 media player. The new platter has a nine-inch piece of vinyl instead of the original 10″ on a turntable to replicate the feel of analogue decks. The reason the deck size has been downgraded an inch is that it’s considerably easier to control at this size. Denon have done away with the on-board FX and added another hot cue button, bringing the total number to four. There are improved buttons, ports and the ability to connect two players together, or up to four with the aid of a router, and the music management software has been given an upgrade and renamed Engine. 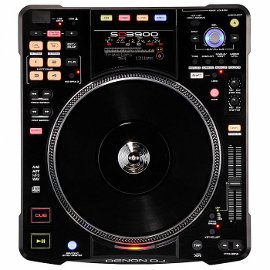 The basics of operating in CD mode will be instantly familiar to anyone who has used these machines before, but one of the things that struck this writer is how realistic the platter now feels. Both the start and stop times can be adjusted, as well as the torque amount. People who have mastered beat mixing on vinyl will have no problems getting used to working this deck. To some it might seem gimmicky that the platter actually spins like an analogue deck, but when you realise you can touch the outer edge to adjust your mix, or even perform spin backs and scratching, then its functionality becomes clear and its performance is undeniably impressive. (Plus, you can always turn off the vinyl mode if you wish.) There are four hot cue buttons and an auto loop button in which you can loop from a 32nd note (demisemiquaver) right up to 128 bars. One nice feature is that you can edit both the loop start point and end point on the fly. Switching between the different modes is seamless, making transitions between your USB storage device to CD, to using the deck as a MIDI controller for DJ software such as Traktor, and vice versa, a painless operation. The ‘dump’ key allows you to play your music in reverse without losing the forward position in time when you punch out, allowing some flexibility in creatively tailoring your set.

You can link up to four SC 3900 decks together using a router and Ethernet cable; this is also the way to connect to the Engine Music Management software on your Mac or PC. The software is designed to build playlists, add cue points and generally navigate and assign music to the different decks, and if it is hooked up it will remember playlists created on the fly. There is an iPad app version of the software that can be used to access your USB storage device if you prefer, and it connects to your router through WiFi. The top loading USB port allows access to any storage device, including a  memory stick, an external hard drive or even a smart phone (as long as you can put it into mass storage mode, which rules out iPhones for the moment). As well as navigating and assigning with the Engine software, you can also get around your music using the push encoder and buttons on the deck itself, or even use the deck controls (with the useful shift key) to control the software. All modes of play are accessed with dedicated keys at the top of the display marked CD, USB, Link and MIDI. The display itself shows the time information in various formats, BPM, pitch percentage plus or minus, waveform and platter position. The waveform takes a while to load, unless you have preloaded using the software. The  display only allows you to view information, and there are no ribbon-like functions such as needle drag and drop. 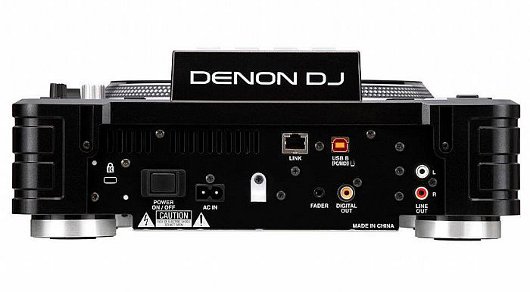 The SC3900’s main competitors here are the Pioneer CDJ2000 and the CDJ900, both of which are capable of supporting multiple media with a USB port and Ethernet links. They also have their own music management software – Rekordbox – and there is a trimmed CDJ850 version, but it doesn’t have the same connectivity options. Denon’s competitors – Pioneer especially – have done well over the past ten years to deliver high quality CD and media players that have found their way into clubs and bars all over the world. The Pioneer products tend to load quicker than Denon’s, but the Pioneer platter is not in the same league as Denon’s vinyl friendly usability. Both companies provide machines that can act as a soundcard and connect up to four decks together via LAN; the similarities go on. But if you love the feel of wax and want to make use of your digital files in an environment that essentially looks and feels just like that of vinyl with all the flexibility that modern music technology can offer, then this could be the best solution so far.