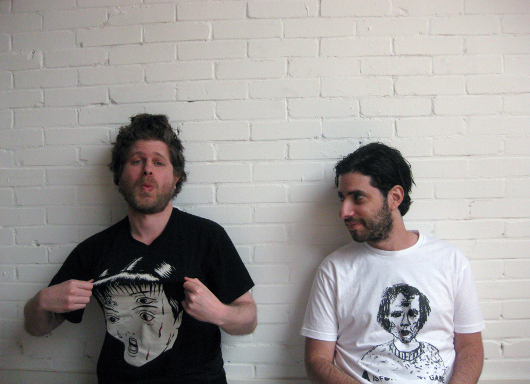 Full details of Juju & Jordash’s forthcoming album on Dekmantel Records have been revealed.

The 15-track set from the duo – real names Gal Aner and Jordan Czamanski – is slated for release in September, and will carry the title Techno Primitivism. It will be their third album, following a 2008 digital-only set for Ropeadope Records and an excellent self-titled LP for Dekmantel in 2009.

This year has seen the duo as busy as ever, returning to NYC imprint Golf Channel with the excellent blink-and-you’ve-missed-it Jewsex 12″, contributing tracks to both the fifth edition of Endless Flight’s I’m Starting To Feel OK compilation series and Dekmantel’s Fifth Anniversary Series as well as finally releasing some Hardwax material under the Magic Mountain High moniker they share with David ‘Move D’ Moufang for Workshop (do check our recent feature with them here).