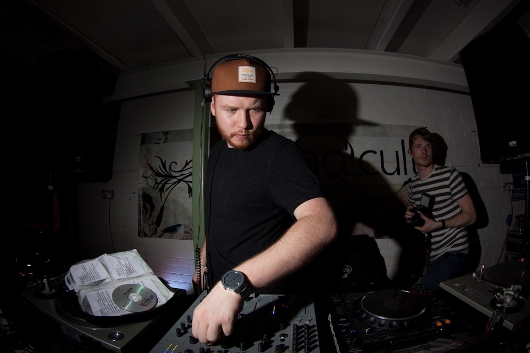 The Bristolian House producer and DJ is behind the inaugural release, lead by the quite rasping “Au Seve” which is due out at the start of July and can be streamed below. The news comes accompanied by a typically humourous press release from Bashmore, who details the motivations behind the newly minted endeavour as follows:

“Fast cars, money, but no record label to truly call my own? This ends today…
Hi, I’m Julio Bashmore. Somehow I have found time between jet-setting around the globe, becoming a voice for the people via my Radio One show and generally living the high life to bring you a brand new label, Broadwalk Records.
Today heralds a new era in the Julio Bashmore chronicles, with a sound that shall echo through the ages… ”

Since emerging on Dirtybird with a self titled EP in 2009, Bashmore has grown into one of UK’s most talented producers and was responsible for one of last year’s biggest tracks in the shape of the PMR Records released “Battle For Middle You.” Alongside this, Bashmore has also graced Futureboogie, Ten Thousand Yen and 3024 with releases and scored the excellent Velour project on Night Slugs with fellow West Country type Hyetal. Additionally, a talent for behind the scenes “pop” production has grown in recent times with Javeon McCarthy and Jessie Ware both benefitting from his mixing desk prowess.