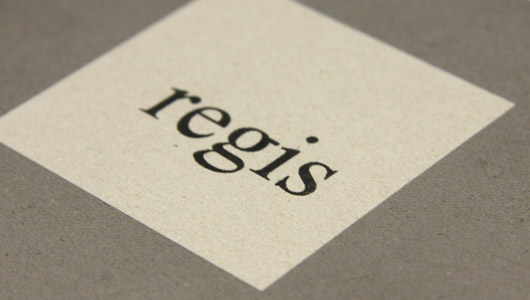 In a week where Juno Plus writer Scott Wilson investigated the best of the month’s releases using the various permutations of the “raw” aesthetic, it seems fitting that one of the week’s best records could slot quite nicely into that wide ranging overview. Arriving on hand stamped white label, Paul Woolford’s Special Request project reached its second release, with a dub version of “Lolita” that only serves to ramp up the menace of those heavily phased waves of hoover bass, and an inspired remix of “Deflowered” from Kassem Mosse and Mix Mup providing a heavily smudged out slalom through recycled rhythms that could only ever come from them.

It was an impressive week for house music all round. SEX (remixes) made for another triumphant 12” from the uber-prolific FXHE stable, further smearing the edges of expectation when it comes to the singular Omar S. Once again utilising the silky vocal delivery of singer L Renee, the four tracks here take divergent stylistic routes but each is magnificent. Keen listeners of Benji B’s Radio 1 show will have heard the Conant Garden Posse version on a recent Big Strick guest mix, a devilishly dirty riposte to the Ghetto House aesthetic which has L Renee’s vocals gliding over a snapping, raw house beat. Alongside this are two variants done in collaboration between Omar S and Aaron Fit Siegel which sound like they’ve been particularly inspired by the soundtrack to the Gosling Hollywood vehicle Drive.

Vinyl pickings were thin for techno fans, but any disappointment should be allayed by a crucial reissue from Downwards. Ital is essentially a buffed up and remastered version of Regis’ Application of Language EP from 96, including all three tracks plus slipping in a previously unheard take on “Keep Planning” for good measure. The title track has O’Connor at his rawest, with shuffling, jack hammer drums fully primed to pulverise all takers, whilst the abundance of grimy analogue licks on “Surface” always threaten to spill over into sonic chaos with thrilling results. On the flip “Lapal” hints at the minimal direction Regis would later delve into, whilst the sheer density of pressure at play on the alternate version of “Keep Planning” should come with a health warning.

In the bass arena, Lone’s Galaxy Garden arrived on sumptuous double vinyl – as did Jimmy Edgar’s excellent album for Hotflush, Majenta, but our bass tip goes to South London Ordnance’s debut release, arriving on 2nd Drop no less. Always a label that seems to maintain an excellent sense of quality control, they complement an excellent release from Tessela with this 12” of dark, swung house styles, suffused with the kind of basslines you only find south of the river. Those looking for more of this kind of sound should check this week’s Juno Plus podcast from the aforementioned Tessela sharpish.

However, the most interesting record of the week is undoubtedly the latest afro-inspired shenanigans from the Danny Wolfers helmed Nacho Patrol on the excellent Kindred Spirits label – backed with a Shangaan electrofied remix from Nozjina! Those who haven’t indulged in Wolfers’ Nacho Project material will find this a near perfect primer, as “Lineas Angola” demonstrates the prolific Dutchman to be equally adept at working on a shifted tempo as he is at the standard mid 120 range, spreading out an almost haunted acid line over shuffling shakers and melodians. In contrast, Nozjina ramps up the tempo further, implementing devilish edits and scattergun lo-fi melodic touches for a remix everybit as singular sounding as the 2010 Honest Jon’s compilation upon which Shangaan Electro was given a wider audience.

This week’s biggest digital release was undoubtedly the return of the mighty Girl Unit to the Night Slugs stable. Interestingly, the grimey element in his earlier output has been replaced by a screamingly loud electro influence, positioned in the kind of snappy funk favoured by EDMX and his Breakin Records posse. From “Ensemble (Club Mix)” to “Plaza”, the sharp edges of the synth work chafe against crisp drum machine workouts, leaving six cold crush bangers in their wake. It’s something of a departure for Girl Unit, but he’s absolutely nailed the target sound with tracks that will absolutely tear up the dance.

It was also a strong week for dark styles, as albums from Claro Intelecto and Shackleton – two of the UK’s most distinctive producers – entered the digital realm. Claro Intelecto’s Reform Club is undeniably one of the year’s best techno long players, and though it would be easy and unforgivably lazy to lump Claro’s work in with the great unwashed of deep/dub techno, Reform Club sparkles and shimmers with epic strings, ghostly reversed chords and dreamy synths, it’s the interplay between the dreamy synths, epic strings, ghostly chords and the producer’s unpredictable rhythmic dalliances that make his third album so rewarding. Shackleton’s latest should need little introduction, and though the digital version doesn’t convey the full brilliance of Zeke Clough’s artistic contribution in the manner the vinyl or CD versions do, it does allow you to focus fully on the music.

Meanwhile Bullion returned with an excellent EP on Deek, exploring a psychedelic, krautrock aesthetic that works with off-key drones and synth touches while the rhythm gets punched out by live drums and guitars. Bullion himself is singing with gusto, creating a sound that seems rooted in the 70s but drives itself ever-forward in a most interesting development for the producer.

The big CD release was undoubtedly the return of Squarepusher. With the neon funk of the Shobaleader One project dividing opinion, you might think it would be back to business as usual for Tom Jenkinson as he goes back to the Squarepusher moniker proper. If you did you’d only be half right – whilst the album nevertheless trades in the hyper stylised D&B that made his name, it’s saturated with melodies rooted in 90s rave, riffing on trance tropes. Whether he’s been listening to the saccharine sounds of younger labelmates Hudson Mohawke and Rustie is unclear, but those into the intricate sugar, coated complexities of those younger artists will find much to admire in Jenkinson’s direction.